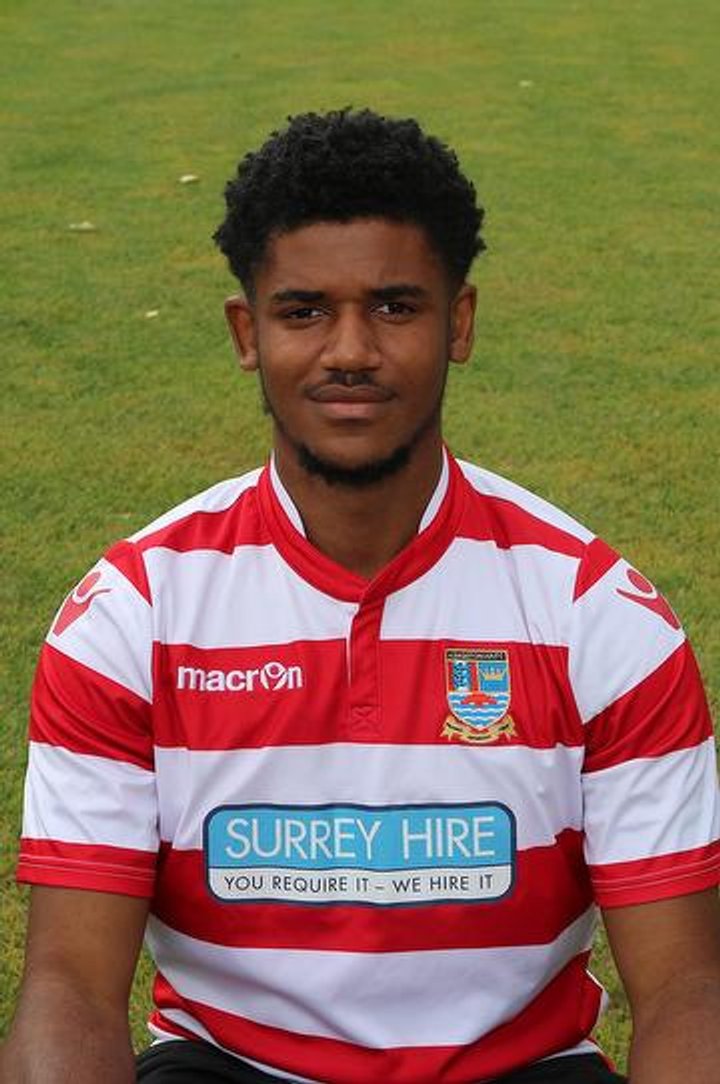 Kingstonian have announced that top scorer Corie Andrews has left the club to sign for League One side AFC Wimbledon.

Corie came through the Academy at Crystal Palace, and whilst at Selhurst Park had a short loan with Margate. After leaving the Eagles he played for Whyteleafe, where he made thirty six appearances last season, before moving on to play for the K's, where he has been a revelation. In twelve appearances this season he has scored nine goals, including three in the K's last league match against Haringey Borough right back on November 4th.

As part of the deal that sees Corie move to Plough Lane, Kingstonian will host AFC Wimbledon in pre-season, with them bringing the entire First Team Squad to King George's Field.

"I'm obviously disappointed to lose such an important player. However I know how much this means to Corie and I am absolutely thrilled for him. Not only is Corie a fantastic player but he is a fantastic lad. He is an example to every young player who has been released from a professional club and has the ambition to bounce back."

The player joins an ever-expanding list of Pitching In Isthmian players moving into the professional game this season, and we'd like to wish him all the luck in the world.

 My First XI: Cray Wanderers, Jerry Dowlen After more than sixty years supporting the Wands, Jerry gives us a side shaded in sepia- and then apologises for it!

My First XI: Aveley, Andy Potter  Andy gives us his First XI direct from Parkside. Although looking at his selection, most of it comes direct from Mill Field.