Drury is a Brickie once more 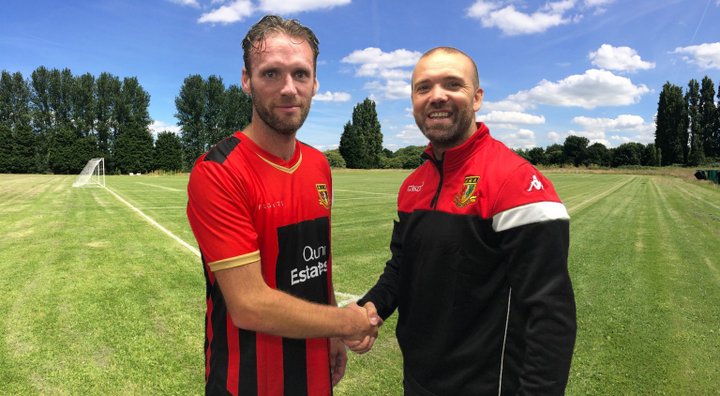 Andy Drury returns to Sittingbourne after seventeen years away

Sittingbourne Football Club have announced that they have secured the services of Andy Drury for the new season. Sittingbourne chairman Maurice Dunk was delighted:

“Andy Drury had always wanted to return to his hometown club and the opportunity had arisen for him to sign from his current club, Havant & Waterlooville. We are very pleased to have him and I know that our supporters will be over the moon with the news.”

Attacking midfielder Andy Drury is 36 and he began his career with Sittingbourne back in 2001, when the Brickies were in the Dr Marten League. He went on to play 98 competitive games for Sittingbourne. He left Sittingbourne to go to Gravesend & Northfleet (now Ebbsfleet Utd), and he then moved on to Lewes who were then in the Conference South.

He then had his first spell at Luton Town before being spotted by Ipswich Town, who paid Luton £158,000 for him. Drury played 64 games for Ipswich and in 2013, after a loan spell at Crawley, he signed for the Sussex side. In 2014 he returned to Luton Town and a year later joined Eastleigh.

Staying in Hampshire his last club was Havant & Waterlooville.

Andy’s first competitive game for Sittingbourne is likely to be in the FA Cup preliminary cup tie at Deal Town on September 12th.

Pitching In Isthmian Supporters Predictions 2020-21: Kingstonian  Ollie takes us to the Red and White half of the Royal Borough of Kingston