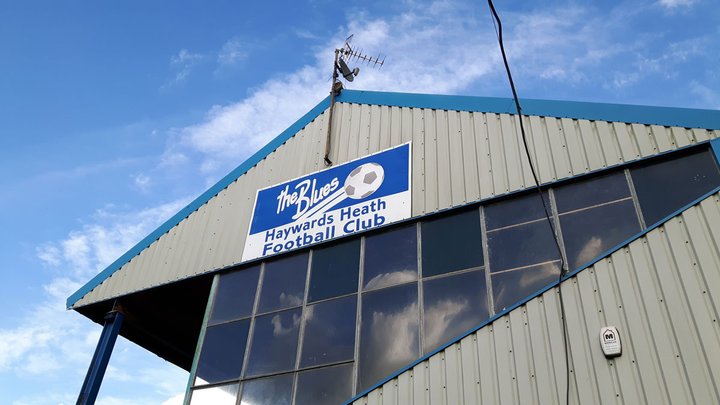 Haywards Heath Town, who announced the surprise departure of boss Shaun Saunders earlier this week, have quickly lined up a replacement. Martin Dynan comes in from Pitching In Isthmian South Central side South Park. He leaves the Sparks in ninth place in the table, and takes over a side who currently sit in fifth place in the Pitching In Isthmian South East Division.

Martin took over at South Park in November 2019, nine months after leaving the top job at Heath's Sussex rivals Three Bridges. He had been Assistant Manager to Paul Faili at Bridges as the club earned promotion back to the Isthmian League from the Southern Combination Premier League, and was himself promoted to become manager as Faili decided to concentrate on his role as club chairman.

During his playing career Martin turned out for Bridges, Farnborough and Walton Casuals, amongst others.

In a detailed interview with the club website, which you can read here, he promises exciting football for the Hanbury Park faithful.

"I’m passionate about winning and take it personally if we don’t, or if we play badly," he explained. "I’m a very hands on manager who is approachable to both the players and fans.

I’ve got a clear way of playing and demand 100% commitment from my teams. We will want to dominate possession and play attacking football. Let’s hope the faithful enjoy their football, that’s why they come to watch, right?“

Martin will take charge from training next Tuesday, and in the coming days the club should be in a position to finalise and announce his supporting staff.

 Friday night football The Blues and the Millers are both desperate for points- although for different reasons. Watch tonight.