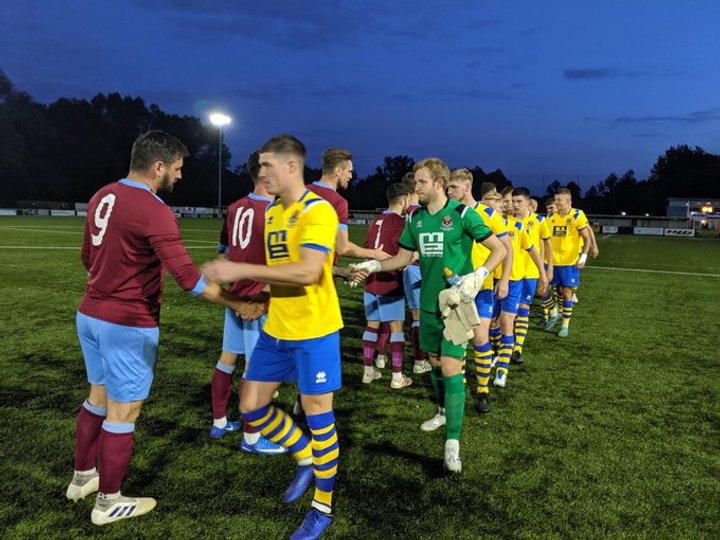 We had early goals, we had late goals, and-in the case of Westfield- we had eight goals. Here’s our round up from a night of FA Cup and Velocity Trophy action.

With around thirteen minutes to go in last night’s FA Cup ties, the headlines were all about Hastings United. Two goals to the good in front of a crowd of more than five hundred at Worthing, Craig Stone and Ben Pope had placed Chris Agutter’s side firmly on course for a trip to St Albans City in the next round, and about to record a giant killing.

But those giants weren’t prepared to be slain. 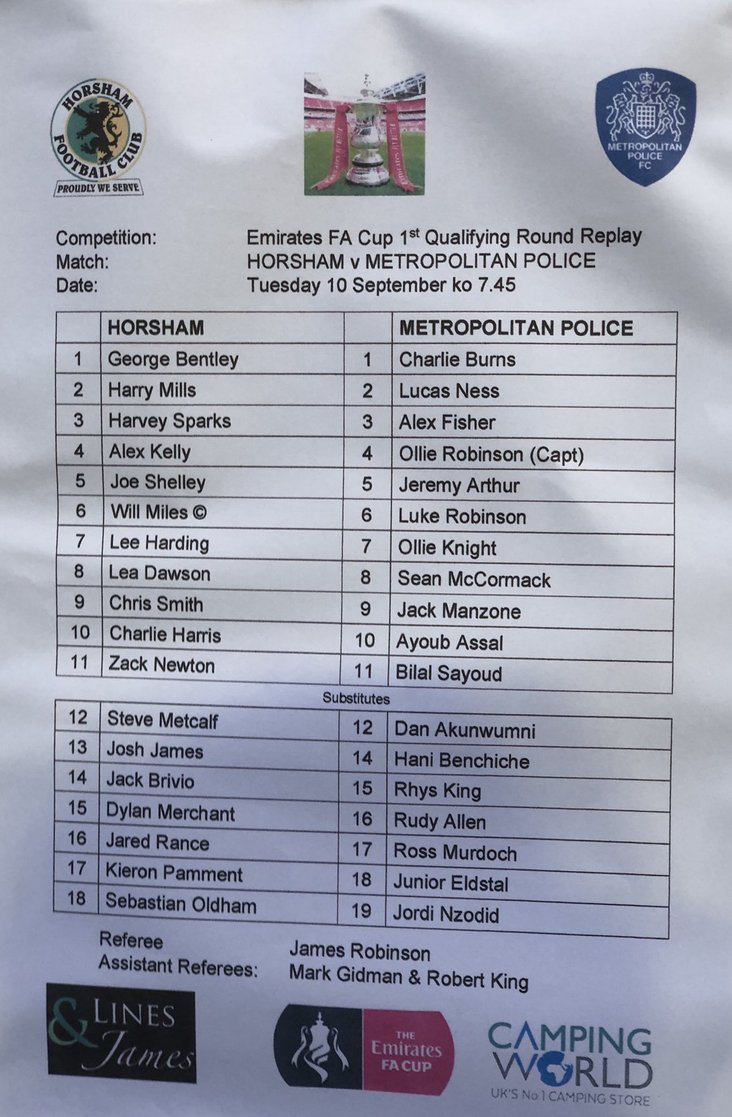 Lloyd Dawes got a goal back, and then, with seven minutes remaining, Ollie Pearce- on as s substitute only nine minutes earlier- sent the match to extra time. Twenty nine of the thirty minutes passed, and penalties loomed- and then Marvin Armstrong popped up to break the resistance of the visitors and send the Mackerel Men through.

At this point Worthing becomes the centre of the Sussex compass, as we had matches west along the A27, in Arundel, and north up the A24, in Horsham. We’ll head to the ground in the shadow of the castle first, as Ramsgate eased past their step six opponents, a Stephen Smith hat trick and an opener from Miles Cornwall ensuring that this particular banana skin was avoided at the second attempt. At the Camping World Community Stadium Horsham fell behind early on against Met Police, but turned the game on its head just before and just after the interval, a Harvey Sparks thunderbolt and a goal from Chris Smith putting them in front. With nine minutes to go it seemed as if we were off to extra time as Met got an equaliser, but Smith decided otherwise, and got the decisive goal in the very last minute. Horsham welcome Dartford in the next round.

We had another very late goal in our next match, too, and once more it came to the home side, Canvey Island overcoming determined Waltham Abbey resistance as Jason Hallett forced the ball home. The Gulls went ahead through an own goal early on, only for Leonne McKenzie to equalise for the Abbotts on the hour. A trip to St Ives Town awaits the winners.

The rest of the FA Cup news wasn’t as positive. Despite a double from Sean Marks AFC Sudbury fell to Deeping Rangers, who got three, whilst a much depleted East Thurrock United fell at Peterborough Sports, also going down by three goals to two. Frankie Merrifield and Ayo Olukoga scored for the Rocks. Dereham Town went down two-one at Needham Market, Adam Hipperson scoring their goal. Our headline image comes from the MEL Group Stadium, and was taken just before AFC Sudbury got a first minute opener. Sadly that’s where the happy times came to an end. Thanks to Steve Screech for the image- and you can see more of his shots from an entertaining evening HERE. 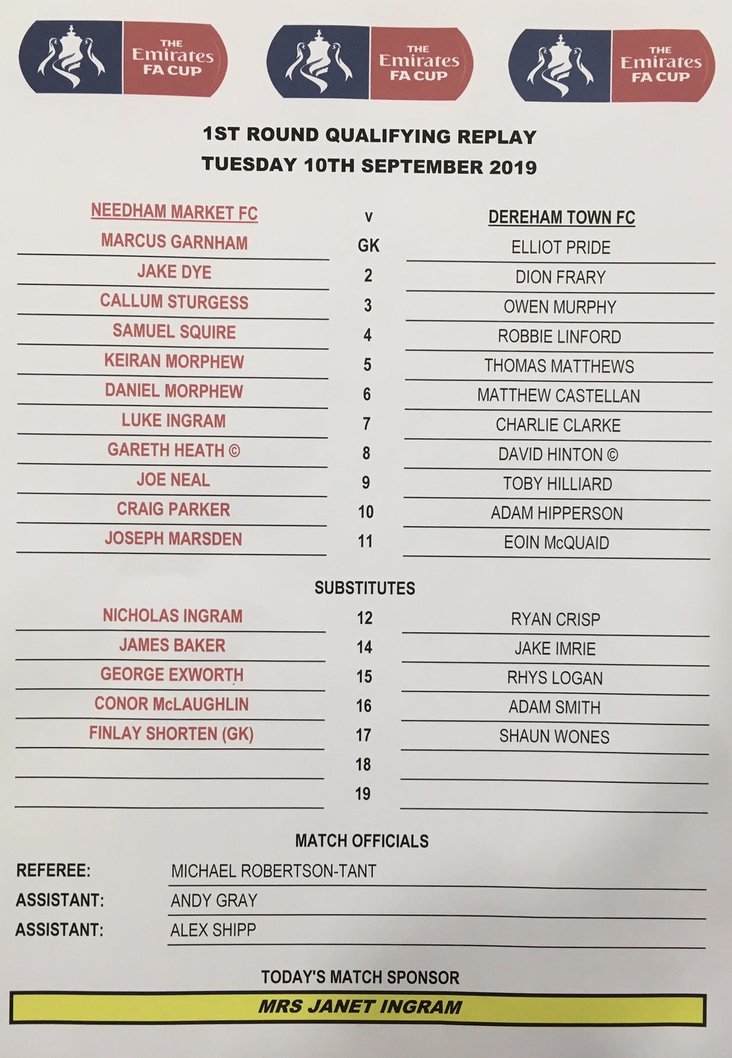 Lewes take on Leatherhead tonight at the Dripping Pan.

There’s only one place to start our round up of last night’s Velocity Trophy action, and that’s at Woking Park. Westfield, who have had an excellent start to the season, entertained FC Romania, who’s form has been rather mixed. The home side showed why they are such a force at present, walloping EIGHT goals past the luckless Wolves. Elijah Simpson did much of the damage, with a hat trick, and Anis Nuur, Matt Steer, Rhys Rabess, Aaron Watson and Max Blackmore also lined up to score.

Moving from Group Five to Group Ten now, and Chipstead continued their excellent form by flying into a three-nil lead at Chertsey Town, a double from Malachi Hudson and a third from Aaron Miller giving them what looked like an unassailable lead- although late goals from Jake Baxter and Albie Sheehan-Cozens for the Curfews made the last five minutes rather interesting. Tooting & Mitcham United maintained their 100% record in all competitions with a two-one victory at South Park, Nebay Haile and Dontai Stewart putting the Terrors two up before Sparks got a last minute consolation through Stephane Trah, 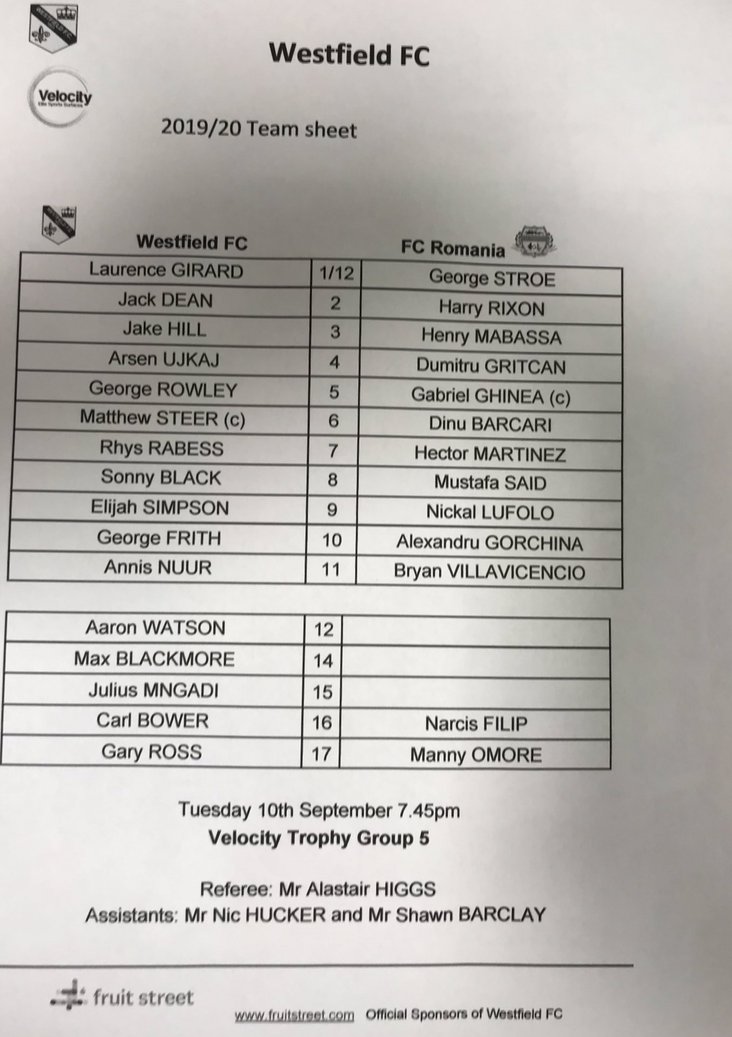 Into Group Three, and Ware were our only three-pointers, goals from Tom Boxer, Gareth Madden and Olu Akinsanya giving them three goals, too. Opponents Hertford Town did get one back, Dane Batt scoring with thirteen minutes remaining, but the Wodson Park faithful were able to cheer another victory.

Harlow Town got two points, courtesy of winning a penalty shootout after a two-two draw with Histon; but they’ll be disappointed not to get three points after twice being ahead in the match. De’juane Taylor-Crossdale- thank goodness we don’t do names on shirts, he’d need an XXXL- twice put the Hawks ahead, put Matt Green and Dan Brown twice pulled the visitors level.

In Group Six Great Wakering Rovers travelled to Witham and put Town to the sword, Martin Tuohy, Alfie Hilton and Joe Heath all scoring before the break to secure a three-nil win for the visitors.

Fnally, Hythe Town had three points in the bag with five minutes to go in their match with Whitstable Town, but ended up with two. Thomas Carlton and Rhys Bartlett gave the Cannons a 2-0 lead until the 86th minute, when Whitstable sub Marcus Elliott got one back. Two minutes later Elliott got another, and the match went to penalties, which Hythe won by six goals to five. 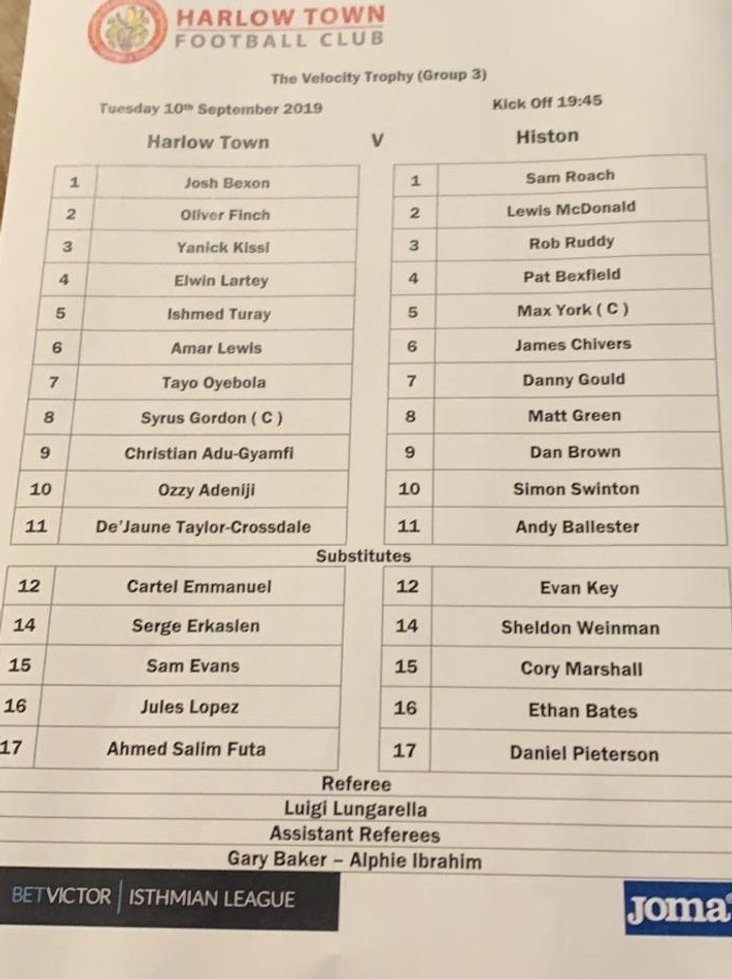