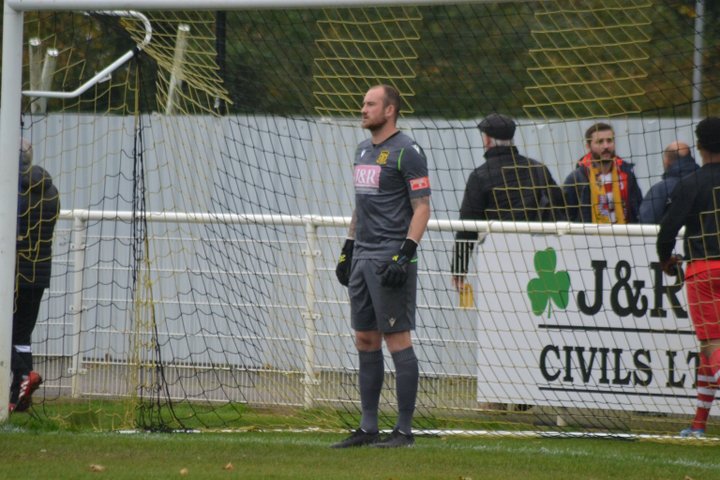 Cheshunt had a great win yesterday, and they did it with a new man between the sticks, as Mitchell Beeney made his debut.

Mitchell, who previously played for Lewes this season, answering an eleventh hour call with the Rooks desperate for a keeper to play against Bowers and Pitsea- they drew one-one- is still unbeaten in the Isthmian League this season after yesterday's three-two win over Kingstonian. He started his career with Gillingham, moving to Chelsea's Academy and playing at Under 18 and Under 23 level as well as being part of the first team squad.

He spent loan time away from Stamford Bridge at Newport County, Crawley Town and Sligo Rovers, and then signed permanently for Rovers. Last season he was with those hangers of monkeys (actually it was but one monkey, but please don't go to Hartlepool and mention it, they don't like it), Hartlepool United.

Magnificent Millers Muller Maidenhead!  We have three (so far) in the First Round of the FA Cup- and Cray Valley head the roll of honour after defeating National League Maidenhead United. It’s our round up of today’s Cup and League action.