Bawling of the Borough has his sights set on Trophy glory 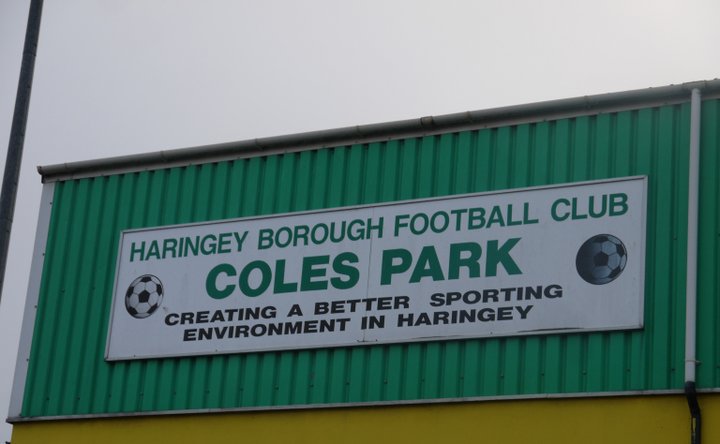 BOBSON BAWLING drops off Amazon parcels during the week – and the Haringey Borough ace has set his sights on delivering an FA Trophy upset at Oxford City on Saturday.

Boro have already disposed of two National League South sides to get this far and are looking to build on their third-round win at Dartford, in which Bawling headed home a last-gasp winner, on December 19.

Tom Loizou’s side have not kicked a competitive ball in anger since then, with the Pitching In Isthmian League campaign on hold until at least March 6, and only returned to training last week.
But Bawling is refusing to use that as an excuse and believes his side will be fully prepared by the time kick-off arrives – with the incentive particularly clear.

“With our league season paused, this cup run is our only way to continue playing football,” he said.

“We don’t know when we’ll be back playing league football, so we have to make the most of what is available to us and go as far as we can.

“When we’ve played teams in higher divisions, it has kicked us up a gear. If we match that intensity this weekend, we’ve got a decent chance.”

The mixed emotions players go through during a stop-start season were exemplified by the bittersweet aftermath of Boro’s dramatic third-round triumph, which was quickly overshadowed by events out of the players’ control.

“The goal was one of the best feelings I’ve had in football,” said the former Crawley Town midfielder.“We played really well to stay in the game as long as we did and to be on the end of the cross for the goal was amazing.

“But it was on the same day Tier 4 restrictions were announced, so when we got home we realised it would be likely to drag the season out even more.

“We still enjoyed ourselves because of the result, but there have been a lot of uncertain moments and it has been difficult without the routine of football.

“My job was particularly busy around Christmas and it’s still busy now. The more I work, the more I want to have football to look forward to at the end of the week.

“But there’s nothing we can do about it. You can either sit and sulk or get on with it and keep yourself fit so that when we do play again, we are ready for it.”

Victory on Saturday would ensure another game to look forward to for Boro, who are one of 228 clubs being supported by Pitching In – a multi-million-pound grassroots investment programme set up by Ladbrokes, with the support of owner Entain.

The initiative includes a landmark partnership with the three Trident Leagues – for which Boro are one of four teams flying the flag in the FA Trophy this weekend alongside Hornchurch, Stamford and Peterborough Sports.

And having advanced with last-minute goals against Bishop’s Stortford and Dartford so far, Bawling is not ruling out further late drama at Court Place Farm.

“We tend to create a lot of chances in the latter stages of games which puts the opposition on the back foot,” he said. “If we can do the same against Oxford, great. They have been training and playing more than us but we have a great bond here and in a one-off cup game, anything can happen.”

Ladbrokes, with the support of its owner Entain, has launched a multi-million pound investment programme, Pitching In, designed to support and promote grassroots sports. The programme includes a flagship partnership with The Isthmian, Northern Premier and Southern Leagues - collectively known as The Trident League, as well as a partnership with the UK sports charity SportsAid. For more details see: https://entaingroup.com/sustainability/pitching-in/

An Annual Event- The Official FA Yearbook, 1950-51  We go back to look at the 1949-50 season, when Leytonstone won the Isthmian League, Tooting were Athenian League champions, and Cheshunt won the London League.