Big matches across the board- tonight! 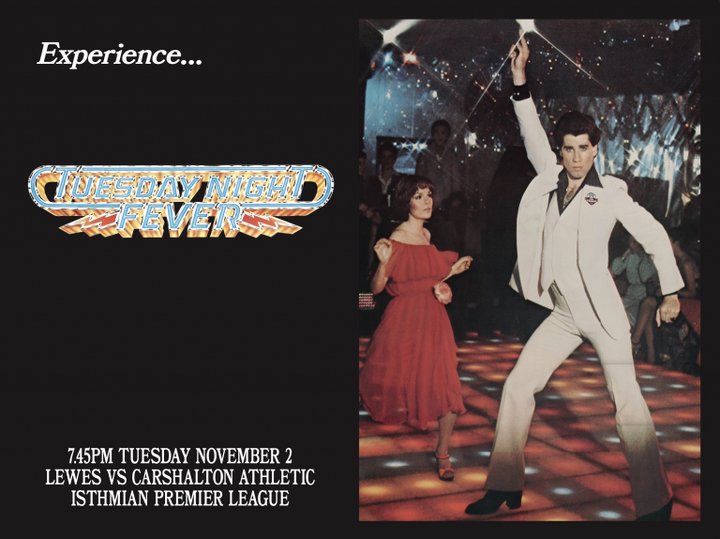 We’ve some big matches in all Divisions tonight, with two of the four leaders in action- and we could have new leaders in another by full time. It's our preview.

We’ve some big matches in all Divisions tonight. Here’s our preview.

Our league leaders, Worthing, are on the road tonight, travelling to North London to take on Wingate & Finchley. The Mackerel Men have won eight and drawn one of their last nine matches across all competitions, so it really isn’t much of a surprise that they are two points clear at the top; however the hosting Blues removed FA Trophy holders Hornchurch from the competition on Saturday and won’t be afraid of the title favourites- particularly since they’ve already defeated another member of the top three club, Kingstonian.

Worthing have won the last five matches between the clubs- but they did lose the four before that.

Folkestone Invicta are four points behind the Mackerel Men in fourth place, but the stripes have two games in hand and are still unbeaten- indeed the only team to defeat them all season is National League Eastleigh, and they needed a last-gasp equaliser and a replay. Invicta host a Hornchurch side who will not only be smarting after departing the competition they won last season but because they’ve slipped down the table at a rate of knots; indeed they’ve gone seven games in a row in all competitions without a win. Invicta have won three of the last four meetings between the clubs.

Margate, in fifth place, travel to face Corinthian-Casuals, in sixteenth. Casuals have had some fine moments this season but can’t seem to put a consistent run together, perhaps due to Cup distractions- but those are now over and they need to start picking up some more league points. They’ve already beaten Hornchurch and Worthing this season so won’t baulk at taking on the Blues. Said Blues have won their last three, and four our of their last five, form which has seen them shoot up the table- but they’ve been far better at Hartsdown Park, an aberration against Lewes aside, than they have been on the road. Margate have ten points out of twelve against Casuals since the side in pink and brown were promoted to the top tier.

Lewes, in ninth, host Carshalton Athletic, in thirteenth. The Rooks have had a hit-and-miss sort of campaign, and goodness they know how to hit, with an average of three goals a game so far, but they’ve let in too many to keep them in the top five. Manager Tony Russell will be looking to put that right as quickly as possible, and the arrival of Will Salmon from Leatherhead should help. Talking of hit-and-miss campaigns, Athletic have had a similar start, but are undefeated in four matches, two of which were victories. Lewes fans will be shuddering at seeing the Robins next up in the fixture list- Carshalton are undefeated in eight appearances against the Rooks- and only one of those was a draw!

Our unbeaten leaders, Canvey Island, welcome Witham Town to the seaside knowing that with second place Grays Athletic also in action they can’t afford to slip up. In truth, they probably aren’t even contemplating slipping up, given they’ve won they have won their last five league matches and scored twenty goals in the process. The visitors, who start the night in fourteenth, haven’t won a league match since August Bank Holiday Monday and very much need to stop the rot. Form suggests that tonight won’t be their night- but stranger things have happened.

Grays Athletic will be ready to pounce if Canvey slip up. They are on the road to a little place just past Southend, as they travel to Burroughs Park, home of Great Wakering Rovers. The hosts put up an ‘Under New Management’ sign last week and were unlucky in losing to Step Three Walton Casuals at the weekend, but with only one win in the league all season dearly need another. Second bottom, there are already six points behind the four sides above them. Athletic, on the other hand, have been having a fine campaign, two points off the top with a game in hand and only one defeat all season. They’ve won their last three, and have four wins and a draw from their last five league matches.

The Magpies of Dereham Town were shot out of the sky by the Millers at the weekend- perhaps they’d been stealing grain?! That defeat to Aveley was Town’s first in the League since August Bank Holiday Monday, and they’ll be looking to get back to winning ways quickly as they face a highly-fancied but inconsistent Bury Town who lately have followed every victory with a defeat. If that pattern continues, they’ll win tonight!

Bracknell Town know that even a point tonight will see them take over at the top, and given they are taking on bottom of the table Northwood that might look a formality- but the Woods have been quite good against table-topping sides this season, albeit in knockout competitions, with wins against Haywards Heath Town and Uxbridge and a penalty shootout defeat against Berkhampsted on Saturday. That Berkhampsted match should give them heart, as their opponents are undefeated in the Pitching In Southern Division One Central yet were very close to going out. The Robins, however, have looked rather relentless and have only one league defeat all season. They are title favourites for a reason, and over the last few matches- including their defeat of Step Three Chesham United on Saturday- they’ve shown just why.

Another side who are in fine form are Bedfont Sports- the only side to defeat them during their last nine matches were Kidderminster Harriers in the FA Cup. Sports are six points off the top with two games in hand, and have won their last four matches- indeed six of their last seven- and during those four games have scored fifteen goals. A win at Westfield tonight would take them fourth.

Their hosts have had an inconsistent campaign, but came close to shocking Marlow in the FA Trophy on Saturday and have had some very positive moments- they just can’t seem to get a run going.

Chertsey Town have a new manager and will hope to give him a winning start as they travel to Chipstead. The Curfews are still unbeaten, and they certainly have top five pretentions as although they are seven points off the playoff places they have as many as four games in hand over the sides occupying them. Chipstead got back to winning ways when defeating Whitehawk in the Trophy at the weekend and have only lost one of their last five, so they should give Town a stern test- and striker Tom Collins will look to add to his thirteen goals. The Chips are unbeaten at home.

Fifth place Herne Bay host sixth place Ramsgate in a Kentish seaside derby. A win for Bay will send them third, whilst one for the Rams could see them replace their hosts in the top five. Bay have seen their previous winning run come to an end with a goalless draw against East Grinstead Town and a Trophy defeat against Binfield last week, whilst the Rams ended a four game losing streak by thumping Phoenix Sports at the weekend.

All eyes will be on the Pilot Field, as title-favourites Hastings United try to come to terms with the departure of their manager Chris Agutter yesterday, their main man stepping down on the back of two consecutive defeats. United are thirteen points off the top with four games in hand so there’s certainly no crisis at the Sussex seaside, and will hope to quickly recapture the form that saw them win five league games in a row before Ashford United arrived last Tuesday night. Whitstable Town are tonight’s opponents, and whilst they are second bottom they have looked much improved over the last few weeks and will be hoping to take advantage of any residual turmoil felt by their hosts.

Faversham Town forced a famous victory over Premier Division Leatherhead at the weekend, and will hope to continue that form against newly-reinforced Hythe Town, the Cannons having announced three new signings since last week’s thrashing at the hands of Cray Valley PM. Hythe have gone six games without a win after winning their previous three; whilst their hosts are three games unbeaten.

Staines Town will face Brightlingsea Regent after the original match was postponed on Saturday. The Swans have looked much improved in recent weeks, with wins over Three Bridges and Chalfont St Peter and a draw with Marlow. They will fancy their chances of a giantkilling as Regent arrive at Wheatsheaf Park, Regent having lost their last six and having only one win from their last ten.