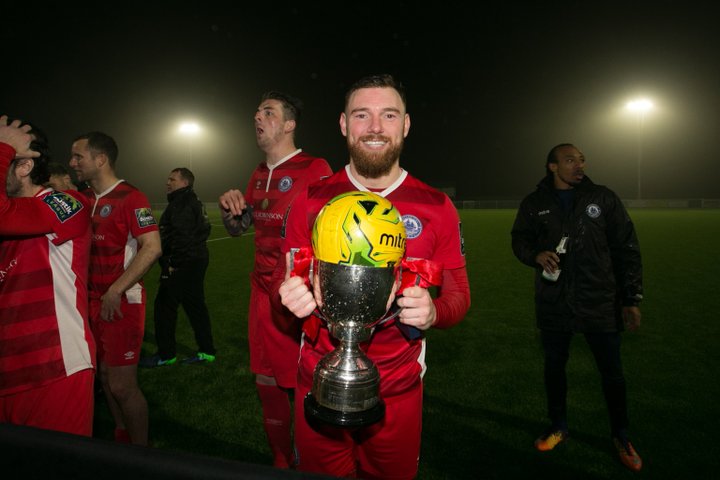 Enfield's Billy signs on at Hornchurch

Billy has been a Towner since the summer of 2018, when he signed on at Donkey Lane after leaving Billericay Town. He has only made three appearances so far this season, but was far more regular prior to this campaign, with forty games and twenty two goals during 2018-19, thirty four/eighteen in the unfinished 2019-20 campaign, and another seven goals in twelve in the tiny 2019-20 season.

He scored 37 goals during his final season with Billericay, including a hat trick in the Velocity Trophy Final, and more than one hundred for the club in total. He's pictured here after that final, with match ball and trophy.