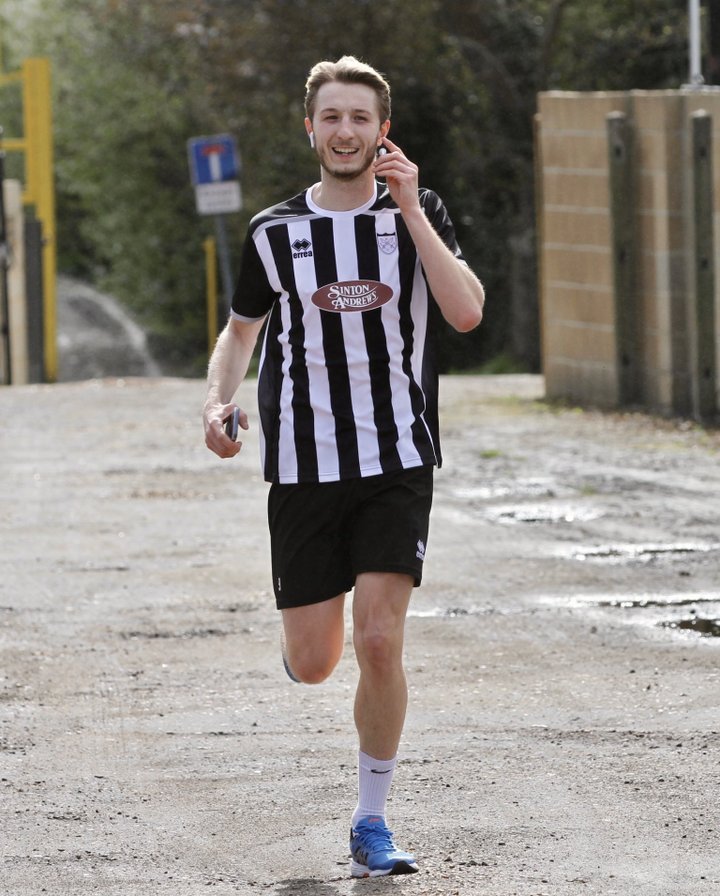 Gareth runs 100k- and gets a thank you from a legend

Last month we brought you the news that Hanwell Town striker Gareth Chendlik was taking on a 10K run to raise funds for the Sir Bobby Robson Foundation. Well he didn't just run once, he ran ten times- a total of one hundred kilometres (that's sixty two miles in old money)- and not only has he raised lots of cash, he's become a celebrity in the North East of England.

The growing relationship between our Geordies and those other Geordies- Newcastle United- was noticed by the BBC's flagship local news programme, Look North, and Gareth and Town were featured in front of a northern audience of millions! And you can watch it here. As you will find, the clip also includes a message for Gareth from another black and white number nine, the one and only Alan Shearer!

The running may have stopped, but you can still donate- and you don't have to be a Geordie to contribute, even Mackem money will be fine! Head here and dig deep.

 Thank you from the Urchins! Hornchurch Chairman Alex Sharp has been in touch to express his gratitude

Proud!  Urchins overcome the odds- for the sixth time- to reach the FA Trophy Final