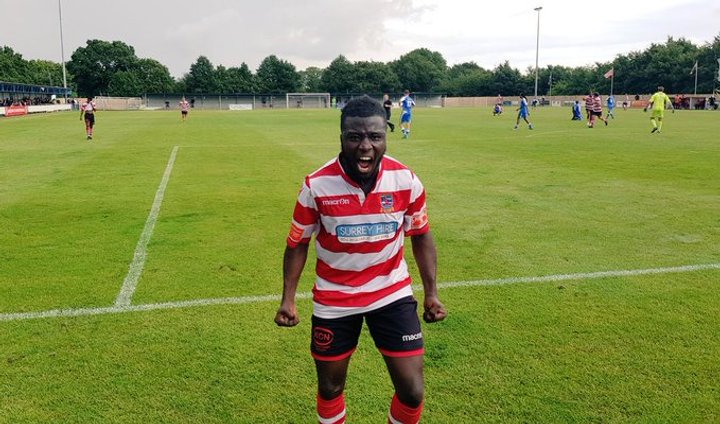 Ollie is a diehard K's fanatic, and brings us the very last First XI of the season- until the managers choose theirs, which will be announced in the middle of next month! He breaks the rules and includes four K's, using the fact that one of them is now at Middlesbrough as an excuse; but unless Boro have been repeatedly relegated and moved two hundred and fifty miles south and we didn't notice, they don't count! Anyway, given it's the very last First XI, we'll allow it!

 Shot of the Season 21-22: Roy Warner We asked our fabulous Pitching In Isthmian Photographers to choose their favourite photograph of the campaign, and tell us why it is important to them.

My First XI: Lio Roberts  We have a South Central First XI, courtesy of a neutral!