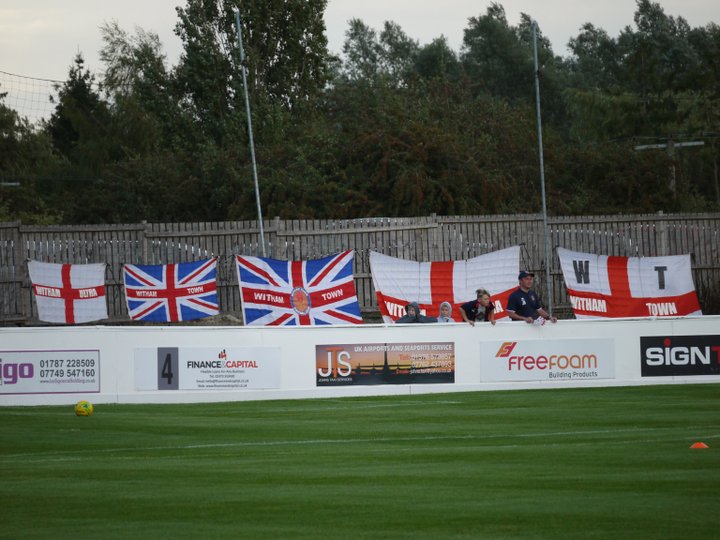 Witham Town this week brought in two new signings- and both played their part in yesterday's victory over Grays Athletic.

Patrick Campbell, a defender, moved over from South Central Division side Northwood. He made twelve appearances for the Woods this season, the last on Boxing Day against Chalfont St Peter, after joining the club from another North Division side, Soham Town Rangers. He'd only been at Rangers since the summer, and made only two appearances.

He joined Rangers from Cockfosters, and has also played for St. Margaretsbury, FC Broxbourne Borough and Redbridge.

Patrick was joined by Jack West, who moves over from Romford. Jack, a striker, has previously played for Billericay Town, Maldon Town, Redbridge, Tilbury, Aveley, Cheshunt and Heybridge Swifts.

Stop Press! We've been advised of a third signing. Billy Willis moves over from Heybridge Swifts. The defender has made eight appearances for Swifts this season, the last in the Essex County Cup defeat at Waltham Abbey in early December.

 BetVictor Isthmian internal transfers w/e 12 January 2020 You already know about most of these, but here's the entire list of last week's internal moves