Urchins a step closer to Wembley 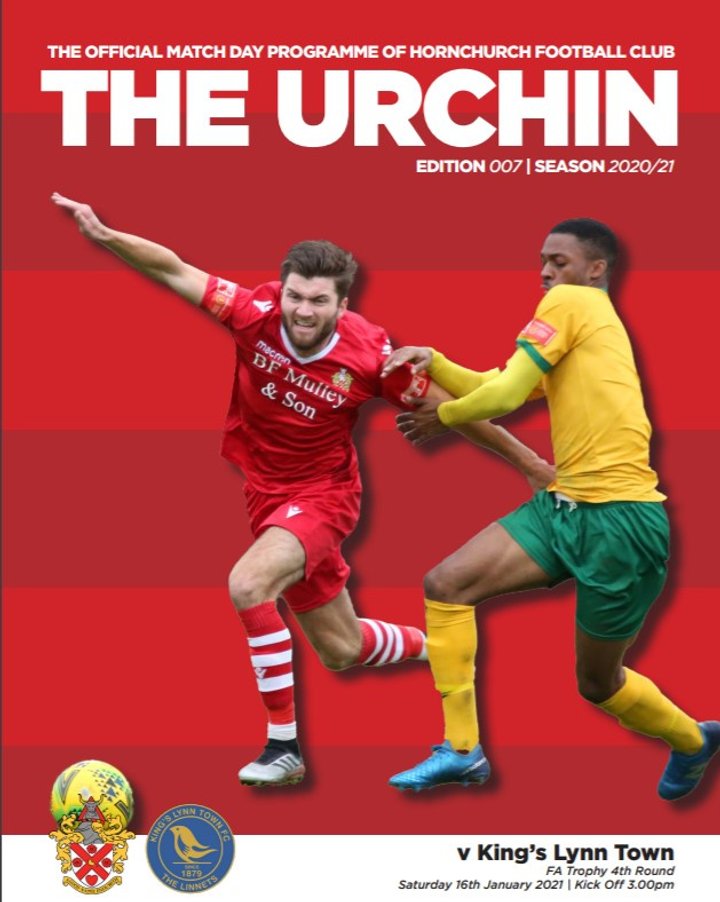 But sadly it was a step too far for Borough

Hornchurch cemented their role as giant-slaying specialists by downing a third National League side in the FA Trophy- but this was their biggest win yet, as they defeated Kings Lynn Town, a side thirty three places above them in the Non League pyramid.

The Linnets followed Dulwich Hamlet, Tonbridge Angels, Bowers and Pitsea and Wingate and Finchley in being cast aside by Mark Stimson's men, as the Urchins reached the Fifth Round for only the second time in their history, the last occasion being in 2003-04.

It would be difficult to pick out one player for praise in a heroic performance, but undoubtedly the plaudits will go to goalkeeper Joe Wright. Kairo Mitchell gave the visitors a first half lead against the run of play, but the Urchins were not downhearted, and Liam Nash fired home a volley to level the match seven minutes after the break. Town went down to ten men after Rory McAuley picked up two yellow cards, but the hosts were unable to capitalise in the last three minutes and the match went to penalties. Jordan Clark, Ellis Brown and Sam Higgins scored for Hornchurch, whilst Joe Wright saved all three of the visitors spot kicks to send his side into the draw for the next round, which we will bring you tomorrow.

By the way, you can read the programme from the match here.

Over in the City of Dreaming Spires Haringey Borough were quickly doing some dreaming of their own, Claudiu-Octavian Vilcu and Jamie- Lee O'Donoghue putting them two up within the first twenty minutes at Oxford City. The National League South hosts halved the deficit just before the break, and sadly in the last twenty two minutes of the match got three more to shoot down Borough's hopes and progress to Round Five.

Back in action!  Borough and the Urchins take the field in the FA Trophy today