Can K's get back to winning ways? If not, there are four sides waiting to pounce! 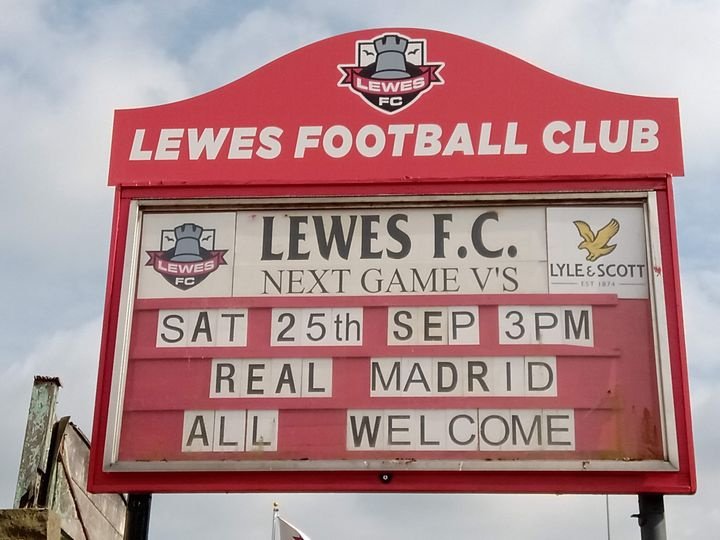 We've a big day in the Pitching In Isthmian Premier. Who will end the day at the summit?

Leaders Kingstonian have now gone three matches without a win, albeit two of them in the cup, which they departed at Horsham in midweek. Manager Hayden Bird welcomes former club Merstham to King George’s Field knowing that anything other than a win could allow Lewes, Folkestone Invicta, Enfield Town or possibly Worthing to replace them at the top. The Moatsiders had an impressive cup win over Margate last weekend and have now won three of their last four, so will be no pushovers- but the K’s have won the last three meetings between the sides.

Lewes, in second, welcome Hornchurch to the Dripping Pan. The Rooks are six unbeaten in the league and have won their last three whilst scoring eleven goals, whilst the Urchins have lost only one of their last six in all competitions and will prove stiff opposition. It might be a bit of a striker battle, with Sam Higgins on nine for Hornchurch and Joe Taylor on eight for the Rooks. The last two meetings between the two ended goalless, perhaps not this one!

Folkestone Invicta welcome Potters Bar Town to the BuildKent Stadium. Invicta are our only unbeaten side in the Pitching In Isthmian Premier Division, and stuck seven past Ashford Town in the cup last weekend. Town- and Corinthian- did manage something that no Premier Division side have managed, mind you- they breached the Invicta defence twice. The Scholars have won only one of their last seven, at Cray Wanderers a fortnight ago, but new striker Joseph Boachie hot the ground running last Saturday, scoring twice in a draw with Bognor Regis Town.

Enfield Town, in fourth, travel to the seaside to take on Margate. The Towners have lost only once this season, two weeks ago at Lewes, and have defeated Haringey Borough and Hadley since then; whilst the hosting Blues have gone off the boil, losing to Hornchurch and Merstham in their last two matches after being unbeaten prior to that. The Towners have won the last three meetings between the sides, the last win for Margate coming in October 2018.

Worthing, in fifth, have an early chance for revenge against the side who knocked them out of the FA Cup, as Corinthian-Casuals arrive at the Sussex seaside. The Mackerel Men were shocked into life by that defeat and have followed it by scoring three against East Thurrock United and four against Leatherhead, whilst Casuals are six matches unbeaten in all competitions and have won four of those, Worthing, Haringey Borough, Cray Wanderers and Leatherhead being conquered.

Bognor Regis Town could break into the top five if they can defeat Wingate & Finchley. The Rocks have won two and drawn two of their last four league matches- but they’d be higher if they could turn draws into victories, having drawn four of seven so far this season. The visiting Blues are in impressive form, putting three past Kingstonian and Baldock Town in each of their last two matches. Remarkable, the Rocks have won the last seven meetings between the sides, with Wingate taking only one win from the last ten.

Haringey Borough host East Thurrock United. The other Rocks defeated Needham Market in the cup in midweek, and the only team to defeat them in their last eight matches are title favourites Worthing, whilst Borough’s impressive August has led on to a less impressive September, which has seen them lose all three matches so far.

Cheshunt welcome Carshalton Athletic. The Ambers have won their last three matches in all competitions- although only one of them was in the league, the win at Potters Bar on September 14th; whilst the Robins were unlucky in cup defeat against Ebbsfleet United on Saturday, a rather bizarre penalty playing a big part. They’ve only taken one point from their last two league matches, but they did defeat the Ambers the last twice they met.

Bishop’s Stortford host Leatherhead. The Blues saw a four game unbeaten run crash to an end against Bowers & Pitsea in the cup last weekend, but had begun to look impressive prior to that and will hope it was just a blip; whilst the Tanners are on a dreadful run, sinking to the bottom of the table and without a league win since the opening day.

Cray Wanderers host Brightlingsea Regent at Hayes Lane. Wands have really lost their magic, losing five in a row after an impressive start to the campaign; whilst you could say the same of Regent, who travel to Kent on the back of four consecutive defeats.

Finally, Bowers and Pitsea will hope to turn good cup form into league points as they host Horsham, who will be thinking very much the same. Bowers are five matches unbeaten in all competitions, with two cup wins, one league win and two league draws, whilst the Hornets, who knocked Kingstonian out of the cup in midweek, haven’t picked up a league win since 28th August- but have only played three league matches since that game, and did draw two of them.

 Freaky Saturday! We're not sure we've ever had a set of results quite like today, with two teams hitting seven, one getting six, two scoring five- and losing- and some quite amazing comebacks. It's our round up, and it's incredible.