Kick It Out on Non League Day- with Met Police 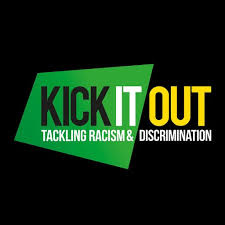 Kick It Out will partner with Non League Day for the sixth consecutive year on Saturday 7 October, and in the Bostik Premier Division Metropolitan Police will dedicate their fixture to football’s equality and inclusion organisation.

Metropolitan Police have selected their home fixture on Non League Day to recognise the work of the organisation and the Fans For Diversity campaign, which is run in partnership by Kick It Out and the Football Supporters’ Federation (FSF). The planned activity will seek to encourage greater engagement with a diverse range of communities, including local residents, young people and more.

In addition, players from all teams involved will wear t-shirts recognising Kick It Out and Fans For Diversity during the pre-match warm up, with supporters in attendance welcomed with badges, stickers, wristbands, fan clappers.

Fans who go to a game on Non League Day can get involved with Kick It Out’s work around the initiative by using the hashtag #OurNLD and including a picture of themselves at their respective stadium. Supporters are particularly encouraged to take images they feel celebrate the diversity of non-league support – whether that’s related to age, disability, faith, gender, gender reassignment, race or sexual orientation.

Anwar Uddin, who leads on the Fans For Diversity campaign, is delighted to continue supporting Non League Day and believes this year’s partnership work will be the most impressive so far.

“It’s vital for the Fans For Diversity campaign to engage with supporters at all levels of the football – not just the professional leagues – and that’s why I’m so pleased that we are able to continue promoting our messages of diversity and inclusion in non-league football.

“As someone who’s played and managed in non-league, I firmly believe we have to keep working hard to tackle discrimination at this level and ensure it’s an environment that is welcome to everyone.”

Roisin Wood, Chief Executive of Kick It Out, is equally pleased that the organisation has continued its support of Non League Day this year.

“Kick It Out has been a proud supporter of Non League Day for six years now and we know just how important it is to support clubs as they seek to engage a diverse range of the community in their local area.

“The Fans For Diversity campaign has been a powerful tool to encourage supporters to celebrate the diversity we have in football and I look forward to this year’s activities emphasising the message that our game is inclusive – we should all feel excited about supporting our local club.”

If you have any further questions about Kick It Out and Fans For Diversity’s involvement in Non League Day, or would like to play in the exhibition match before Metropolitan Police FC’s fixture, please contact Anwar Uddin on Anwar.Uddin@fsf.org.uk

The Bostik League website will be running a feature on Non League Day early next week. If your club is doing anything special and would like to be included, please email Ian Townsend on townsendaround@gmail.com