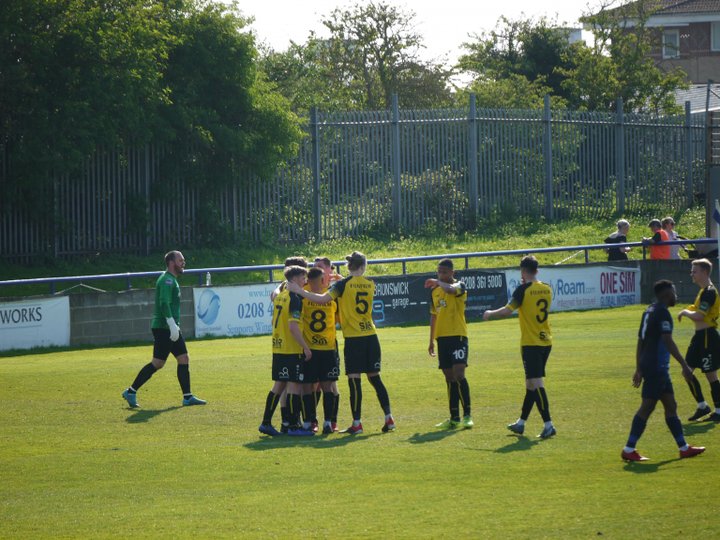 Margate have announced that manager Jay Saunders will be leaving the club after Saturday's last match of the season- and co-manager Mike Sandmann will be heading out of Hartsdown Park too.

In a statement made earlier this afternoon, the club stated:

'Margate Football Club can announce that we are actively searching for a new manager to take the club into the 2019/20 season in the Bostik Premier League.

Jay had a very positive impact on the team when he arrived in January to help ensure the Gate did not fall into the relegation dog fight. Saunders is now leaving the Club after fulfilling his task of keeping the Gate in the Bostik Premier League. Everyone at the club wishes Jay the best and we thank him for his hard work and professionalism during his time as manager.'

Saunders joined the club on February 7th, with the side in freefall. He immediately presided over an unbeaten run of nine matches, which included seven victories, but more recently Gate have lost three of their last four, their only victory coming at Wingate and Finchley last Saturday.

 Survival Saturday! Or if you happen to be at the other end of the table, Certainty Saturday? It's our preview of tomorrow's crucial action- and it'll give you a headache.