A quartet of weekend results 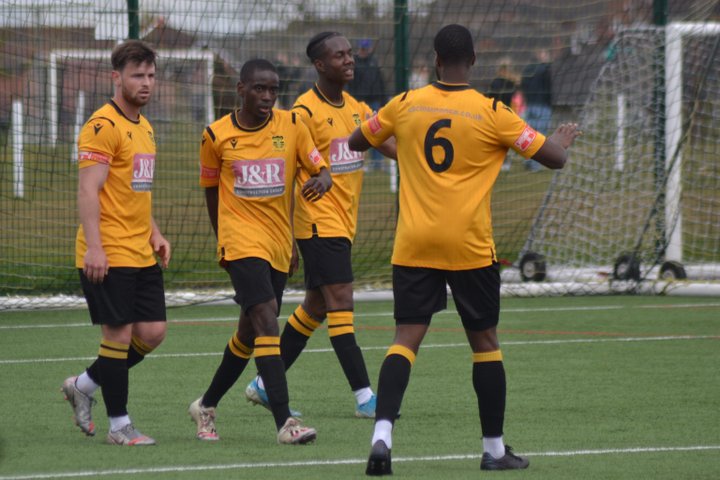 There may have been more, but these are the four matches we've been made aware of!

Over the weekend the Pitching In Isthmian League and all of its clubs took part in a social media boycott- an action which was absolutely necessary, and will undoubtedly be repeated if the social media giants don't clean up their act. The downside to that action, however, is that social media is the way we find out about any friendly matches played by our clubs- so although we have three to tell you about, there may have been more!

Cheshunt took on Romford, behind closed doors of course. The Ambers ran out four-one winners, and whilst we've no idea who got the goals, we know that it was two-nil at half time, and we can take you to one hundred and twenty one images of the action, courtesy of the Flickr account of 'Local Bus Driver.' Head here to view them- we've used one as our headline image.

Worthing beat SCEFL side Loxwood 9-0 at home. The goalscorers were as follows:

Margate travelled to Ebbsfleet United on Saturday, and came away from the National League South side with an impressive two-nil victory. Both goals came from trialists.

Finally, Soham Town Rangers took on a Southend United Under 23 side and were defeated by two goals to nil. The Shrimpers were led by former Rangers Assistant Manager Ian Hart.

See 'inside' the Lilywhites new home  Work is progressing well on a new home for Cambridge City- and they've released a video tour!