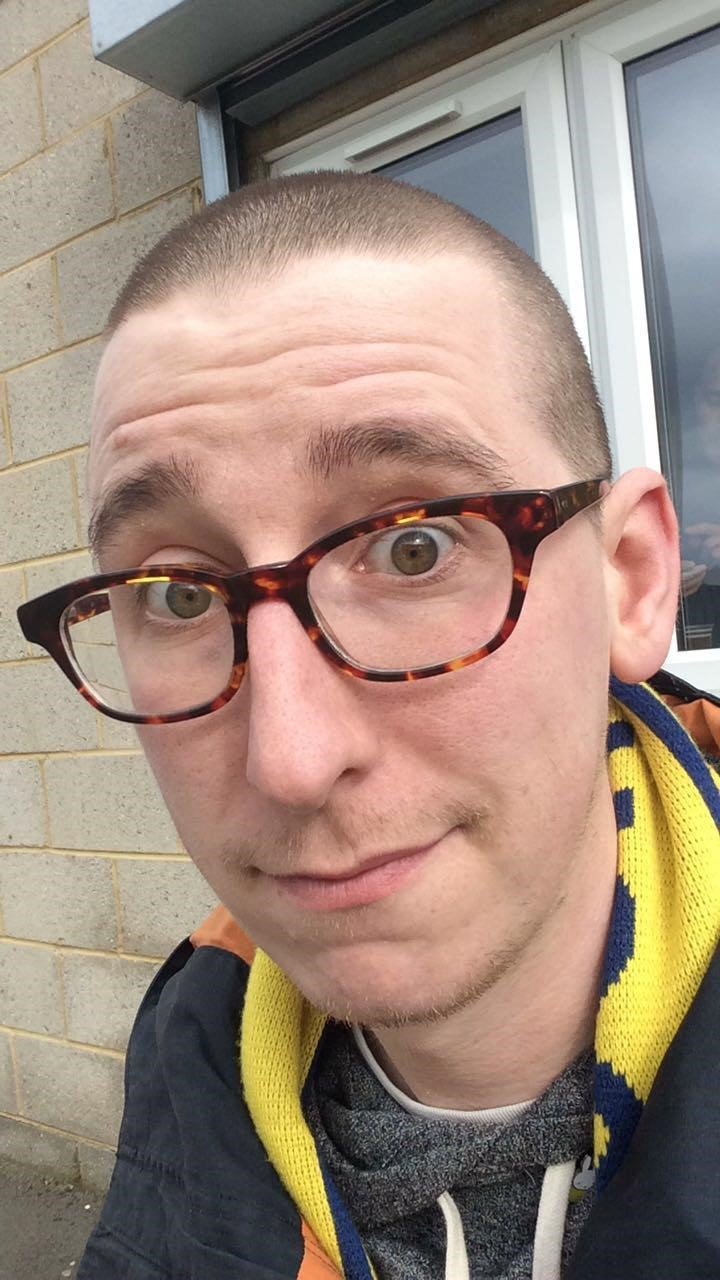 We’re staying in the Premier Division, and we’re heading to the home of that bus stop near Tottenham, as Haringey Borough fan Jamie Scott paints the town yellow.

Mixed emotions really, I’m absolutely gasping to be back at a match in real life, but I’m also without any misconceptions and know that I’m going to have to wait a little longer to be down Coles Park with my mates.

I’m expecting it to be very different for a while. I could foresee that we would only be able to attend home matches, which would knock a few games off my regular totals, but it would just encourage me to make it to every home match. I’d also imagine this will be much easier as I doubt my social and holiday calendars will be very busy in the current climate. I also won’t right now be going into the clubhouse but as with our bigger cup matches of the last few years have shown we’ve got the ability to run a nice little outside bar and our carpark isn’t the worst place to discuss the game over a pint.

3. Last season had many exciting moments before its premature end. What was your favourite moment?
Has to be our 3-2 win against Potters Bar Town in January. An absolute thriller, trailed early on, got a one goal lead in the second half, they came back to equalise, we nicked a late winner and then with what was basically the last play of the game saved a penalty to keep all three points. It was the best match I had been to since our playoff final win against Canvey Island in 2018.

The FA Cup 4th Qualifying Round match against Yeovil for obvious reasons.

Last season became quite the write off for us before the pandemic. We had a solid start bouncing on from making the playoffs the season before, but then it all started to fall apart. I think we’ve got the quality to be back up there this season, that was never the issue last year, I definitely see us in the top 7.

The first one! I in all honesty can’t think of anything I’m looking forward to more at the moment… and I’m supposed to be getting married.

Lewes’s Dripping Pan. Two reasons: first it’s an absolute corker of a ground. Really beautiful and a great set of supporters to be in it with. Secondly, the trip itself is always a cracker for the selection of beer available, not just from the Harveys Brewery but also places like Long Man and Gun who are also fantastic Sussex brewers.

I’d say we’ve got three local rivals in the league. Enfield, Potters Bar and Wingate and Finchley. Our matches against Enfield always tend to be good and we get nice crowds at ours and take a number away. It’s a good game on that front as well since there’s a lot of friendship between the two groups. Potters Bar tend to play a very opposite style of football to ourselves and so games tend to get quite niggly and can produce tight scorelines. Wingate and Finchley aka the 221 Derby after the bus that goes between the two of us has also been the New Years day game for the last two years, which is always a curious affair mostly in how on earth some of the crowd have managed to make it out after the previous evenings revelries.

As I’m sure you’ll find throughout the league we’re a very friendly bunch and you’ll have a good time. If you’re avoiding going inside for a drink at the moment, the Prince in N22 just round the back of Wood Green has a great contact free system for having a pint on the grass just outside the pub. It’s a short walk from the W3 bus which will take you right to the ground.

Anthony McDonald. Macca has got some of the best feet I’ve seen at Boro and he has scored some unbelievable goals. I recommend anyone reading this to check out on YouTube Haringey’s 2017 2-1 victory against Dereham where in injury time he scores the winner after weaving around 5 defenders in the box. Scenes.

 Fifteen Hawks! Harlow get into a signing frenzy

A friendly round up- Tuesday 18 August 2020  We had a number of pre-season friendlies last night. Here's a- perhaps not entirely comprehensive- round up.