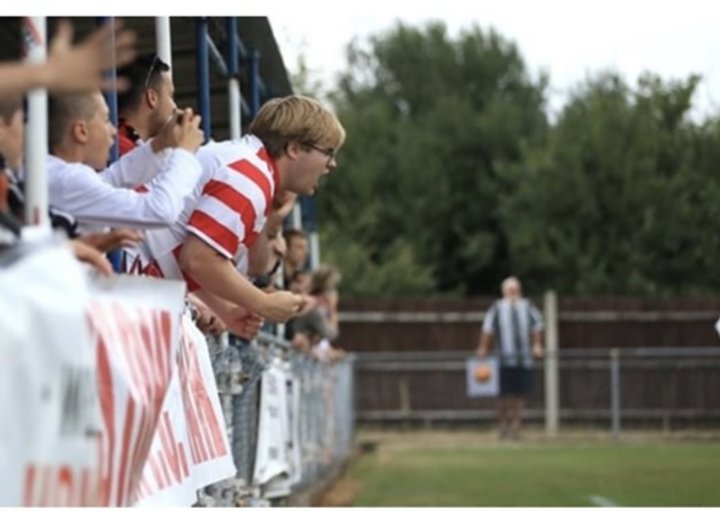 K’s fan Ollie brings us a First XI which spans nearly fifteen years- and adds a collection of ‘subs!’

Here’s my 1-11 of players who I've seen wear the famous red and white hoops during my time as a Ks fan.

My first Ks match was the 2006 Surrey Senior Cup final against AFC Wimbledon at Working. A Martyn Lee free kick in front of the stand housing the Wombles fans that warm Friday evening in May decided the tie (and he punched the air in front of the opposition supporters). Almost 15 years, nine managers, three trophies and three grounds later one thing’s for sure, it's been an absolute pleasure watching the Ks over this time. We've some highs (FA Cup and Trophy run the 2019/20) and many, many lows, and here’s my 1- 11 in the standard 4-4-2 formation. Plus, some honourable mentions as well.

Rob Tolfrey – An undoubted Ks legend, who’s been at the club since November 2009. He has won many awards at the club, and for me a memorable moment was when he saved a Dan Bennett penalty away at Merstham in 2007. He would have smashed the appearance record if it wasn’t for COVID.

I’ve also got to mention Luke Gerrard, who captained Ks to the Division One South title and who was a great servant to the club.

Jon Coke – A versatile and strong player comfortable across the back line or in central. Rock solid defender who was consistent and well respected.

Adam Thompson – a tough, powerful defender, who had a powerful header and shot. A big fans favourite and now back at club as Equality and Diversity Officer.

Max Hustwick – Had a strong presence at centre back, a great header of the ball with good positioning. Built a strong centre back partnership with Adam Thompson.

George Wells – A attacking defender, who was brilliant at set pieces. Played almost 100 games in two seasons. Well-liked by many Ks fans. I would have loved him to have stayed longer, but he got an offer to play in the National League South which was hugely deserved.

Dan Bennett – A skilful right midfielder with a deadly left foot. Scored some brilliant goals including a 90th minute chip against Corinthian-Casuals.

Simon Huckle – He was towering player who was equally effective in a variety of positions down the spine of the team (a bit like Nemanja Matić).

Bashiru Alimi – a midfielder who kept things simple, with a wonderful left foot. Played over 200 games in a couple of spells. Played in defence as well. Greatly respected.

Dean Lodge – A fast, exciting winger with a full bags of tricks. Could play on both wings and added greatly to our goal threat. Memorably scored four goals in an FA Cup match against Braintree Town in 2008.

Bobby Traynor - A talismanic striker, he won a great number of accolades during his time with the club, as well as an unprecedented three successive Ryman League Golden Boot awards.

Carl Wilson-Denis – A commanding centre forward, who built a deadly partnership with Bobby Traynor. Scored 104 between both of them in two seasons.