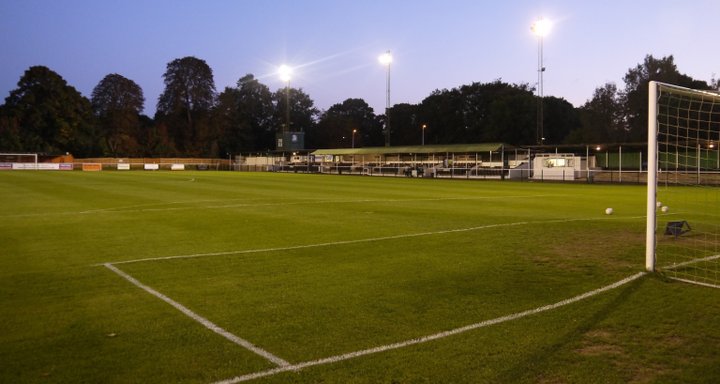 Ryan has only been a fan of the Tanners for around four years, and as this project makes you choose players who you’ve seen play his side is necessarily full of recent Fetcham Grove alumni. If any longer term fans of the club would like to give us more experienced sides, then please feel free to get in touch.

Zaki Oualah: Zaki has been a great player for the club ever since he joined. His kicking and shot stopping is one of a kind and I feel that makes him one of the best in the league.

Will Salmon: Currently our captain, and it is very rare to see a bad performance from him. He is comfortable at centre back or right back and he is a massive part of our team.

Jerry Nnamani: I feel this one is fairly obvious! Having been a Leatherhead player for the last 10 years he definitely deserves to be in here. Although he has since found a new position on the pitch as a centre forward, he is always solid at the back- and to travel up and down the country from Manchester to play for us is a credit to his character and his commitment to Leatherhead.

Will Seager: An extremely talented defender who was promoted up from the youth side a couple of years ago. Having become a regular starter for the first team he has shown his talent as has grown in experience, and turned into a great player who I feel will only develop more as he plays.

Tom Richards: Tom played a huge part in our successful 17/18 season. Formidable not only as a defender but also as a goal scorer, I feel he deserves a spot as he was brilliant that season.

Travis Gregory: My favourite Leatherhead player of recent years, a creative dribbler and a great player on and off the pitch. His technical ability with the ball and his playing style was something which I thoroughly enjoyed watching, and it’s brilliant to see he’s got his move to National League side Dover Athletic.

Charlie Hester Cook: After joining on loan initially, Hester Cook has made a significant impact after fully signing a couple of years ago. As a central midfield player there should be defensive elements to your game and attacking elements and I feel Hester Cook perfectly covers both. He has consistently put in great performances, and I feel is up there with some of our best signings in recent history.

Dan Gallagher: After joining during our 17/18 season Dan made a significant impact, putting in excellent performances. He ran the midfield and was able to play the ball extremely well. Dan won our player of the season award a couple of years ago, and that was richly deserved.

Crossley Lema: I’ve decided to play Crossley in a more offensive role as I had to fit him in despite him being a right back! Fast on the ball, a great passer and great defensively as well as going forward, I’ve converted him to a right midfielder whether he likes it or not!

Jack Midson: How could I fail to include Jack Midson? A proven goalscorer, in our 17/18 season he scored in many big games- such as against Billericay Town and Wycombe Wanderers in the FA Cup.

Ibrahim Olutade: A player we signed after facing Hanwell Town in the FA Cup. His link up with Travis Gregory caused trouble for many opposition defences. A proven goalscorer.

 Free Urchins! Hornchurch take on Maidstone United in the FA Trophy tomorrow- and you can watch for free!

Surrey folks- the Tangerines need your help!  Ashford Town apply for Council funds towards a 3G pitch- and they need your support