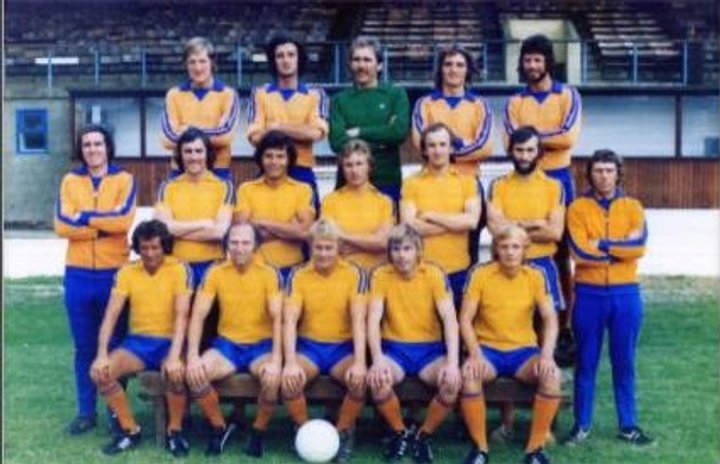 We have another Romford side, this time from John, which comes with the benefits of six decades of experience.

I have been a Boro fan for over 60 years but missed out on our Essex Senior League years after reformation in 1992- so all but two of my team had their club association from the Southern League days of the 1960s and 70s.

Goalkeeper – ANDY SMITH. An icon at Brooklands who was nigh on faultless in the close to 300 appearances he made for the club which itself has boasted some fine custodians.

Right back – JOHN READ – Seven years in our colours and hardly saw him put a foot wrong. His reading of the game was excellent and he had this habit of being able to hold up a winger if he could not dispossess him.

Centre back – BILL WHITE – A quality defender who may be described as a ‘footballing’ centre half. He had superb positional sense and a consistency absolutely essential to his position

Sweeper – DANNY COSSINGTON – A perfect partner in the centre of the defence he was a titan for the club under Paul Martin. Boundless energy and superb in the air for someone who was not the tallest and his never say die attitude allied to his quality was so important in a struggling side

Left back – TERRY PARMENTER – May be accused of slight bias as I knew Terry from school days when he was a winger which is where he played for Fulham and Leyton Orient but Gillingham converted him into a left back and excellent he was with all his league experience and a dash of bitter in his make up. He was that rare species who joined the club from league ranks when still in his prime.

Right side – DENNIS SORRELL – All boundless energy and a fierce ball winner he would fill the role necessary to break up attacks and get things moving up front. Every club needs a player who can break up play but he could also play a fair bit as well

Centre mid – DANNY BENSTOCK – A wonderful player with fine vision and distribution. A great loss to the club when he left for Bishop Stortford

Left side – TERRY TAPPING – The greatest utility player we ever had IMO. He could slot in anywhere from defence to attack although he preferred the left side. From here he could fulfil the role of left sided forward as well as putting in more than a few of his cannonball shots.

Right wing – ROY SANDERS – What more can be said about this greatest ever Borough stalwart and appearance record holder – a flying winger – great crosser of a ball and absolute scourge of most left backs he faced. I am sure he was first on the team sheet every week even if he was on crutches! Still working certainly when he was in his late 70s and as has been already attested to seems as fit as a fiddle as well.

Striker – ROBIN CHANDLER – I always vowed I would never use the title ‘Sir’ when addressing anyone as I had enough of that arrant nonsense at school but broke the rules (albeit tongue in cheek) when referring to this man. If I could not make a game I would ring a mate to ask the result and if it was say 3-1 to us it was always ‘How many did Sir Robin score;’ well he was always on the score sheet it seemed. One of our greatest strikers who could play a bit as well. Great things had been forecast for him after he had appeared for England schoolboys but a good league career never materialised much to our benefit.

Striker – BILL BROWN – To my mind one of the greatest players to pull on the old blue and gold who enjoyed a league career both before and after his time at Brooklands. Stylish and classy with great vision and a lovely touch on the ball as well as scoring some vital goals. He was a bit of a marmite figure at Brooklands and I never quite understood why. Testament to his ability was his 108 league appearances for Gillingham in the years after he left Romford.