Nuts and Bolts join the Hornets in the Final 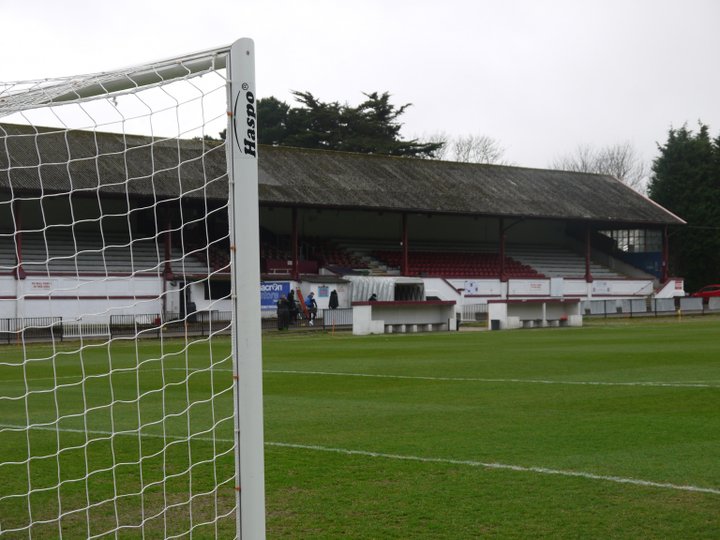 It took one hundred and twenty minutes, but Ashford triumphed!

Whilst we were watching Horsham take on Haywards Heath Town in Lancing, forty five miles along the A27 one thousand, one hundred and twenty three people were witnessing a titanic battle at Pilot Field, as Hastings United entertained Ashford United in the second of our Playoff Semi-Finals.

We expected a close battle. When the clubs last met, only a week earlier, the result was a two-two draw; and at ninety minutes last night the same was true. Davide Rodari put the home side in front two minutes after the break, but the lead lasted only three minutes before Jay May got the equaliser.

Hastings got their noses in front once more just after the hour, Jack Dixon finding the net, but once again Ashford roared back, Sam Corne equalising only four minutes later. Ninety minutes arrived with no addition to the scoreline, and it seemed as if one hundred and twenty minutes would be up without that changing, sending the match to penalties- but instead it went to only one penalty. With one minute remaining on the clock the Nuts and Bolts were awarded a spot kick, and Corne stepped up, held his nerve, and got the winner.

Ashford travel to face Horsham at Culver Road on Friday, 7.30 PM kick off. Read about how the Hornets booked their place by heading here.

Bostik Matchday: Horsham win- despite lard in their hearts!  Horsham took on Haywards Heath in our first Playoff Semi-Final- and how the Hornets rose to the occasion! Words and pictures from Culver Road.