We’re heading North, and our usual guide to Romford, Mike Woods, hopes for stability and a complete season.

We asked supporters of our Pitching In Isthmian League clubs to preview the new season, reflect on the old and predict the final outcome. Their predicted 1-20 (or 22) will be worked into a final table which you will see just before the big kick off. Time to head to Romford (via Barking this season), with Mike Woods giving directions.

The last week of the season before football was curtailed was the only real high spot. There was a midweek trip to Histon where we recorded our first and only away win of the very short season. The first goal from Michael Abnett in the 2-1 win was an absolute cracker. This was followed by a trip to Bury Town, which is always a good ground to visit. There was a great atmosphere and the highly entertaining game ended 2-2; it was the only points Bury dropped, although they did only manage four league games. Lockdown was announced an hour or so after the final whistle, and that was that. 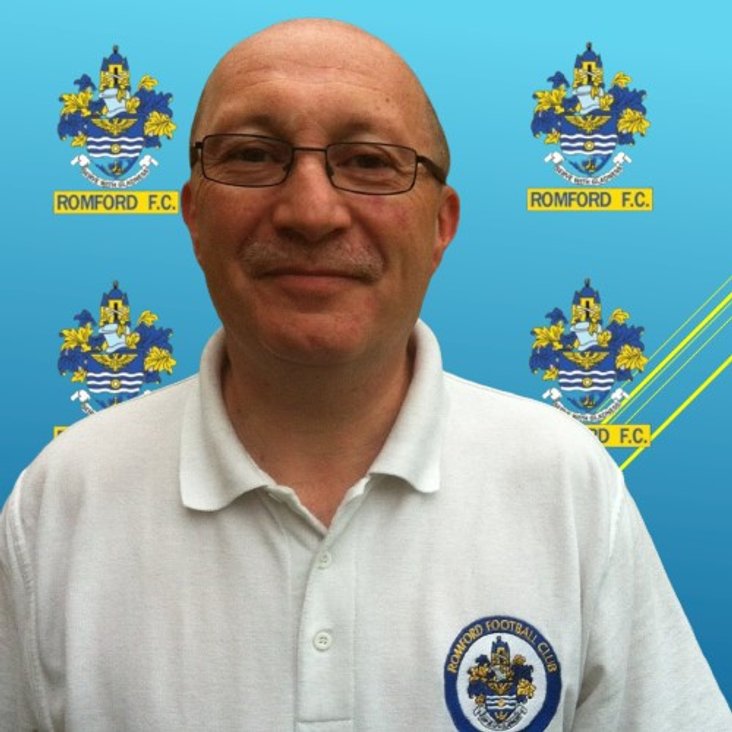 Our new management team of Derek Duncan and Mark Holloway are assembling what is pretty much a brand-new squad so it’s difficult to know what to expect, but Jacopo Gatti, an attacking midfield player, looks an exciting prospect. Jesse Olukolu, a wide player who is in his third season with the club and is a product of the academy side, has great potential.

Ah, the million-dollar question! Every season since we were promoted in 2009, the division has got stronger and stronger, and this season is no exception. There are no weak sides, and any one of about fifteen clubs probably fancy their chances of promotion. With two going down automatically and the clubs finishing 17th and 18th involved in relegation play-offs, every team is going to have to work hard at keeping their place, and there won’t be many meaningless fixtures, even at the tail end of the season. After all the turmoil of the last two much truncated seasons following the departure of manager Paul Martin and then the coming and going of Glenn Tamplin, a season of stability would be good, and I’d be happy with a mid-table finish. Even more than that, I’m just keeping my fingers crossed that we get to the end of the season without lockdowns affecting the programme.

Quite looking forward to going to Stowmarket Town as that will be a new ground for me. We did play them away in the FA Cup a few years back, but they were having work done on their pitch at the time, so the game was played at Ipswich Wanderers. I rather fancy that Stowmarket will be a force to be reckoned with this season.

It remains a toss-up between Bury Town and AFC Sudbury. The hospitality is great at both, with Bury possibly shading it for the stadium architecture and the atmosphere.

Given that they are now back in the same division as us, and that we groundshare there, it has to be Barking I suppose. A lot of Romford and Barking supporters are good friends so there’s always a bit of good-natured rivalry when the sides meet.

Anyone driving to the ground should be aware that the car park has currently been taken over by a covid testing site, but there is parking available at the adjacent sports centre.

Every time I consider this question I come up with a different answer. It could be that my favourite player of all time is one of the crop of new signings for this season. Speaking not just for me, but for all Romford supporters, we have been lucky over the years to have players like Paul Clayton, Abs Seymour, and Danny Cossington in the squad who have been loyal to the club and who have formed a bond with the fans. In the current squad we have Malaki Toussaint, a talented and popular midfield player who is now the longest serving player at the club, having signed in 2018 and the only player who remained with the club when Glenn Tamplin took over in November 2019.

 From the Crazy Gang to the Amazon bookstore- via Merstham Merstham Director Chris Pullen warmed the bench behind Dave Beasant for Wimbledon, but these days has abandoned his goalkeeping gloves to wield a pen. His first novel, Playing for Keeps, is out now.

Pitching In Isthmian League- supporters predictions 2021-22: Cray Wanderers  We’re back in the Premier Division, home of those magic Wands of Cray. Martyn Beadle is our guide.