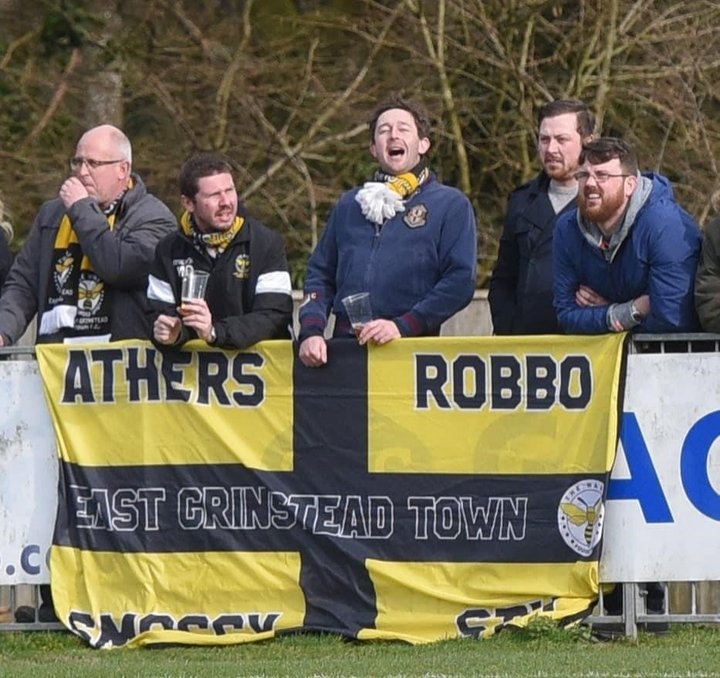 Adam the Wasp hopes that his side will actually have a sting this season.

We’re staying in the Pitching In South East Division, where Adam Robinson shows us that Wasps can be friendly!

1. How do you feel about the return of football?
Very excited for it. Being able to attend Pre-Season games has given me the buzz again. Even more so with the squad that Leigh Dynan and Danny Masters have been building.

I don't think it will change my approach to it. I'll still be looking to travel home and away where possible. We obviously need to be sensible when attending games and ensure that all guidelines are adhered to. Non-League football needs fans to continue so the fact that we're allowed to go and watch football again is a big plus!

Unfortunately we didn't have many exciting moments last season! Getting the win against Three Bridges away was a big relief and the reaction from us fans at the end showed that.

Too many to name. We lost a lot of games and sitting at the foot of the table was very concerning throughout the season.

With the squad that we've built I think we'll be up there. From mutterings over social media it seems that we've scared a lot of people with the signings that we've made. It shows that we're doing the right things with the players that we've signed.

Play-offs would be incredible, and I think we'll be in the mix, but there are a lot of strong teams in the South East division so it'll be tough. It is one of those things that you could look at any side and think they'd have an outside chance of making the play-offs.

All of the them really. We've got football back so that's what matters! Local derbies for the fans always get a bit of extra excitement going.

We always enjoy travelling down to Hythe, any clubhouse with a dartboard normally sits well with the Grinstead fans!

Three Bridges would be classed as our biggest rivals. Those who have attended our games will know that we've got a colourful song about them- but the games always have that extra derby edge in them!

Make sure you look for the sign to go down the little road. Most people wouldn't expect a football ground to be at the end of that road! We're quite well hidden from the world really!

I could name a list really. Our old County League days we had the likes of Dave Gellatly who was an incredible player for us, Ben Burns knew where the goal is and scored buckets for us. More recently we've had the likes of Greg Cundle who was a wizard with the ball at his feet.

To narrow it down, I would go with either Drew Cooney or Steve Sargent, both players give and leave everything on the pitch for the side which always goes down well with fans.