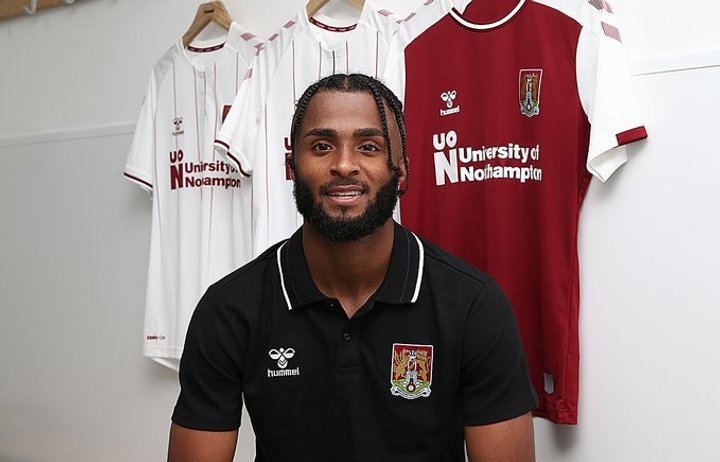 Carshalton Athletic have announced that forward Ricky Korboa has signed for League One side Northampton Town for an undisclosed fee.

Ricky came through the Academy at Colston Avenue, and has been incredibly prolific for the Robins, scoring- as pointed out by the club website- more than one hundred and fifty goals for the club. These included fourteen in our truncated campaign last season, and fifteen the season before, which is very good indeed for a player who generally wears the number eleven shirt.

The Cobblers website explained why they signed the player:

"The signing of Ricky show the reach of our scouting and our recruitment work," explained manager Keith Curle.

"He is a player who may have gone under the radar of many but we feel he has potential to develop further under our guidance. He has good dynamics, and key attributes that we think we can develop in full time training and nurture in to an asset for the club.

We have had a good look at Ricky in both training and matches over the last few weeks and he is an excellent character who has the ability to play on either wing, as a wing back, as a second striker or behind the strikers. That flexibility is important and we are looking forward to working with a player who we think has potential to take his career on an upward curve.

He also has that hunger and desire to learn, to improve and to develop and we already know that he will fit in to the dynamics of the dressing room well."

On social media, the player thanked the Robins and their fans for their support, saying:

'My time at Carshalton Athletic has come to an end. It’s been a pleasure playing for an amazing club. I owe a lot to many people at the club, from the chairman, to the manager and his staff, the players, the fans and everyone else behind the scenes. I wish you nothing but the best.'

We'll miss you in the Isthmian League Ricky. But we bet our defenders won't!