...and it's coming from a rather familiar source

Chairman Steve Gardner, in a statement just released by the club, here-explains:

“The club have been struggling for some time now due to lack of finances and resources, and our aim of getting back to Romford in our own ground is a must, but myself and Colin Ewenson, are not in a position to drive the club forward and deliver the new ground. 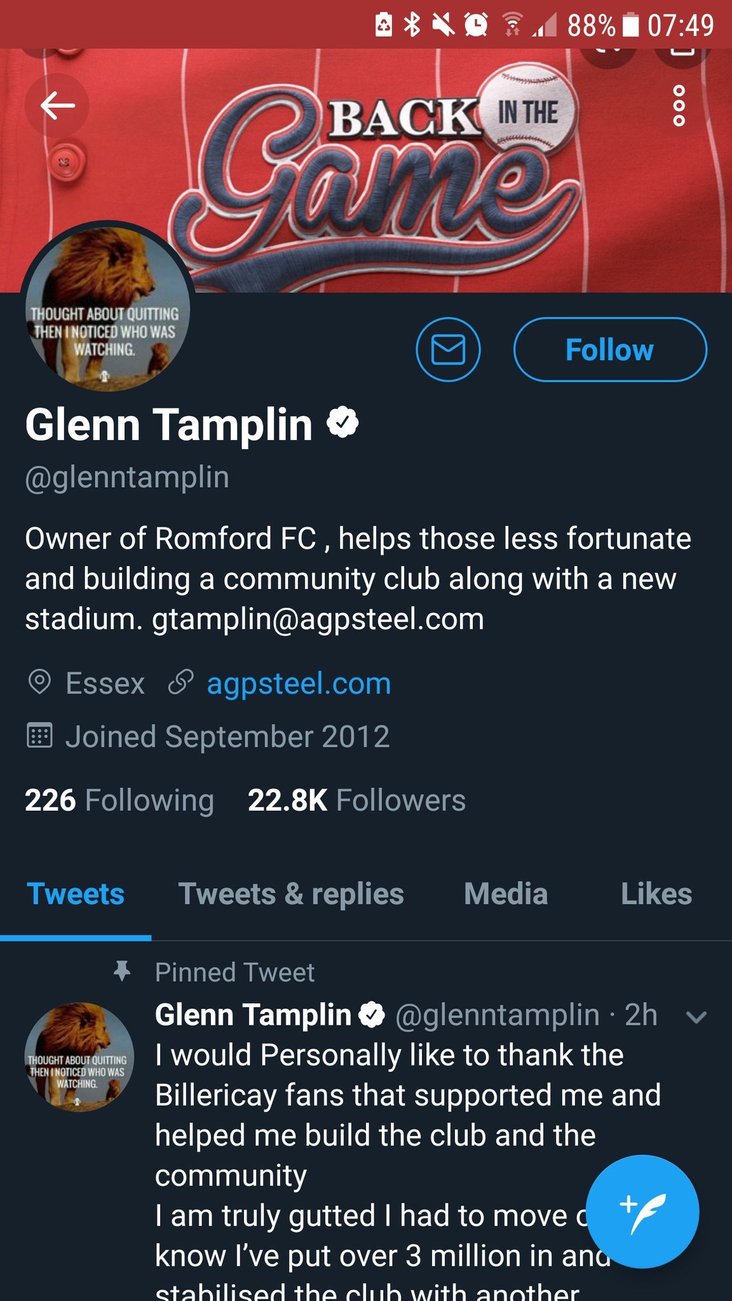 We have been looking for an investor to come on board, and with his previous experience and success we are looking forward to being able to move the club forward.”

On his Twitter feed this morning Glenn described himself as the 'Owner of Romford FC,' adding that he 'helps those less fortunate and building a community club along with a new stadium.'

Romford have been without a stadium of their own since their reformation in 1992, and do have planning permission to build one. They've been actively searching for investment for some time. You can read more about that here.