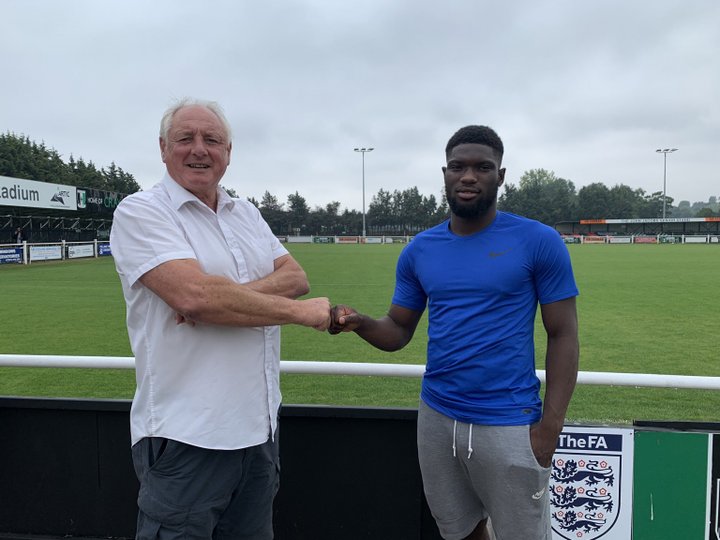 David had a scintillating season for the Nuts and Bolts, with twenty three goals in forty one appearances- including a four goal haul in one match at Three Bridges. He appears to be filling the gap left by Ira Jackson Jr's move to Grimsby Town last week, but the two players don't have exactly the same attributes. That said, they both know where the net is, and Smith will undoubtedly hope that Invicta manager Neil Cugley can have the positive impact on his career that was experienced by his predecessor.

He moved to the Nuts and Bolts from Dover Athletic, where he didn't really get much of a chance to shine. He moved to the National League side after breaking through at Sittingbourne, and did spent a second spell with the Brickies on loan from Athletic. He came through the Academy at Maidstone United.