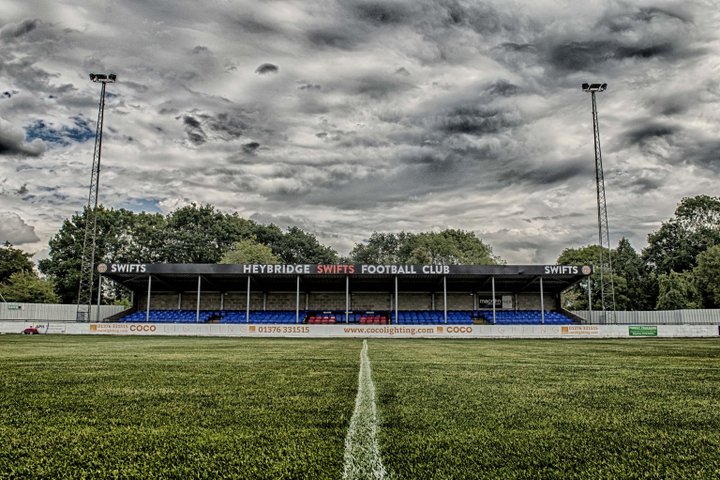 Heybridge Swifts are soon to replace the Scraley Road carpet with an entirely different kind of carpet, as they look to become the latest Pitching In Isthmian league club to convert to 3G- according to the Maldon Standard.

The club, who are currently in fifth place in the Pitching In Isthmian North Division, have concluded that a 3G surface would secure their financial future, boosting income by half a million pounds a year. The club have drawn up a comprehensive business plan which, as well as the pitch plans, also includes upgraded floodlights, car parking and fencing.

“Pretty much every club we spoke to in researching this project said it was the best thing they had ever done- and Haringey Borough said they gained promotion soon after their move to 3G. It gives you so much more playing time, so much more footfall coming through the place and then there’s the pitch hire and the revenue from the bar.

I think we spent something like £80,000 in hiring places for the first team to train in bad weather so we would save that first off. The whole plan certainly stacks up.”

Read more by following the link in the opening paragraph.