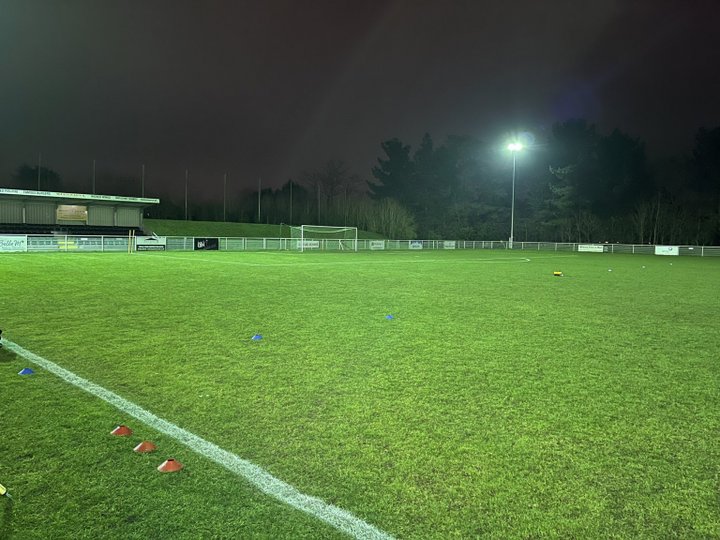 Five away wins in a row for Northwood, Marlow and Uxbridge cancel each other out, and the Tangerines get back to winning ways. It's our Pitching In Isthmian South Central round up.

Northwood last night made club history, as they delivered their fifth consecutive away victory when triumphing at Westfield. They did it in style, a four-one win moving them up to eleventh place- rather remarkable when it seems like no time at all since they were deep in the mire at the bottom!

Josh Helmore scored his fifth goal in six matches since arriving from Binfield when opening the scoring just before the break- another rather remarkable run. Shortly after the restart Keagan Cole made it two, and then Micah Jackson got in on the act, with number three on the hour and number four- from the spot- right at the end. Between Jackson's first and second Ross Murdoch got one back for the hosts, but that made little difference to the outcome.

Only once before have the Woods won five away matches in a row- back in their London Spartan League days when they defeated Cockfosters, Amersham Town, Hillingdon Borough, Walthamstow Pennant and Beaconsfield Town. Their victims this time around have been Chipstead, Chertsey Town, Binfield, Basingstoke Town and Westfield. Can they make it six? We'll find out at Uxbridge on Saturday!

Their hosts on Saturday were last night the visitors, as Uxbridge travelled to Marlow. Both needed points in their pursuit of Bracknell Town at the top of the Division, but both had to be content with just one, which does little to close the gap on the Robins and will probably only please those at Bottom Meadow. It was so nearly all three points for the hosts, however, as only a last minute penalty- converted by Juwon Akintunde- earned Uxbridge a point, after Marcus Mealing had given Marlow a first half lead, ten minutes before the break.

Uxbridge are seventeen points off the top with a game in hand, the gap between Bracknell and Marlow is nineteen points, although Marlow have played three games fewer.

Our very own Russell Grant sponsored the match ball for the game between Ashford Town and Staines Town, two clubs for which he holds great affection. It was the side in Tangerine who made use of that ball in the most effective way, Aaron McLeish-White grabbing his fourteenth goal of the season just before the break- and that turned out to be the only goal, leaving Ashford in tenth whilst the Swans remain at the bottom.

 Casuals hit four in Velocity triumph We also had wins for Cray Valley PM, Haywards Heath Town and Faversham Town as the Third Round of the Velocity Trophy continued

Wins for the top four as Worthing maintain their lead  Hornchurch made it eight wins from nine, Kingstonian climbed back into the top five, and Bowers got back to winning ways. It’s our Pitching In Isthmian Premier round up.