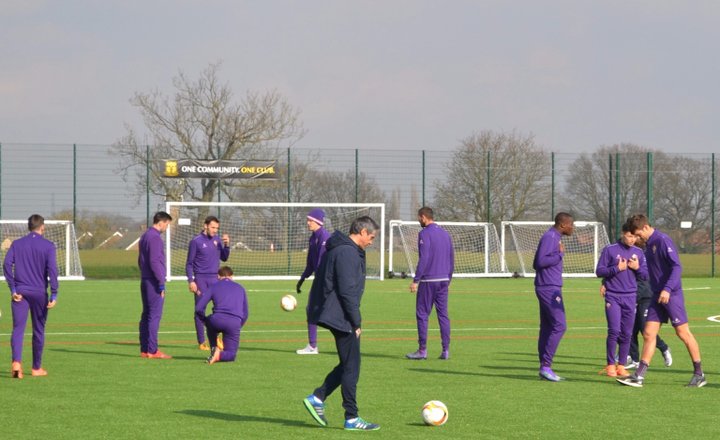 Cheshunt will welcome Fiorentina back with open arms after the Italian giants became the first top flight outfit to train at the Ryman North club's Theobalds Lane.

The Serie A club took advantage of the revamped stadium and new 3G facilities in February to prepare for their Europa League clash with Spurs at White Hart Lane.

Led by manager Paolo Sousa, the former Portugeuse international midfielder, the 1961 UEFA Cup Winners’ Cup holders spent an entire day with the Ambers, pictured, making friends along the way with staff at the Cheshunt Stadium before leaving them with a souvenir shirt signed by their entire squad.

The shirt has now been framed for display and proud Ambers officials hope the Italians will return, along with other top European clubs in the future and especially after being forced to turn a number away in the past. 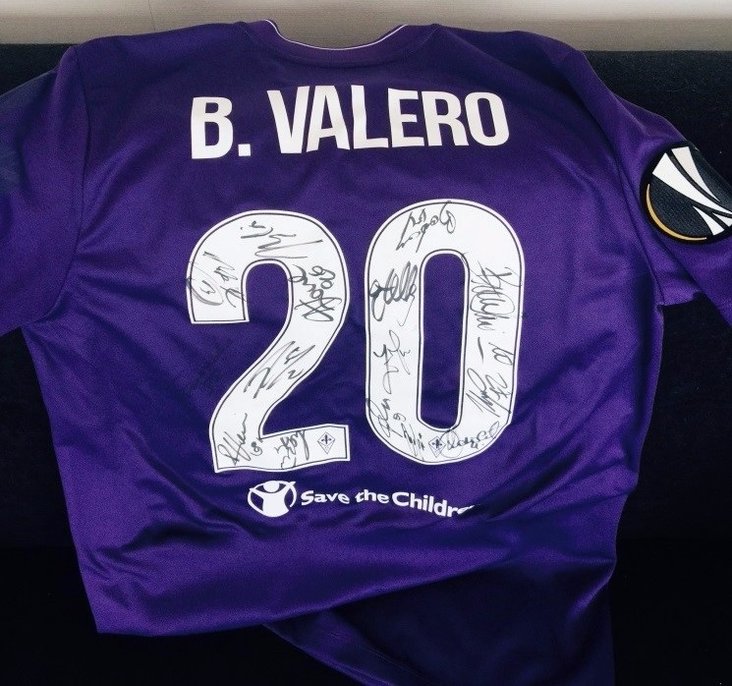 An Ambers spokesman said: "We have received enquiries before from European and Premier League clubs about using our facilities to prepare for matches in London, but certainly in recent times we have felt the need to be honest with them and suggest we perhaps didn’t have quite the standard they would like.

"However, with the revamped stadium, club facilities and the 3G available, this time we were confident we could meet expectations and so Fiorentina become the first top flight team to train at Cheshunt in recent times. We hope they will be the first of many to come and try the Cheshunt experience."

Hailing their guests, the spokesman added: "We thoroughly enjoyed being able to host Fiorentina, their representatives were wonderful to work and Paulo was very generous with his time and pleased to help us in return for our hosting his team.

"We hope they enjoyed their brief stay with us and we look forward to seeing them again. We will now add Serie A to our Football Webpages link to check their results, along with our own. Forza Fiorentina! Come On You Ambers!" 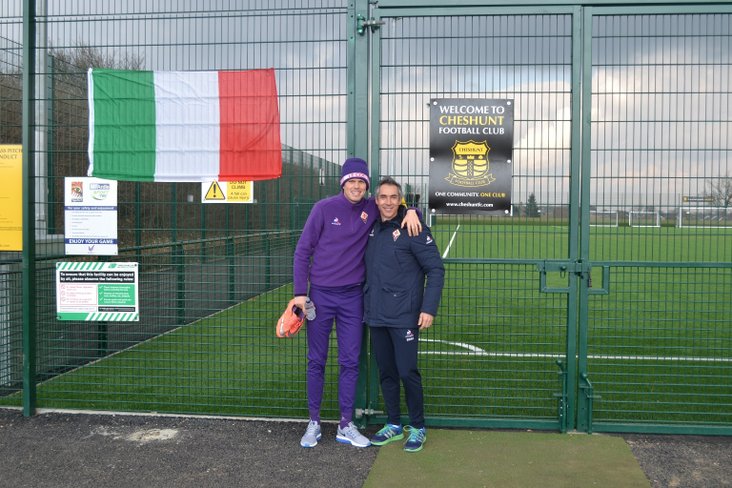 Sky's hit Saturday morning show Soccer AM has also been tapping into the increasingly popular training facilities at the Hertfordshire club, recently filming one of their 'how to’ videos at the new Tiger Turf 3G facility which opened in late 2015.

 Start date set for new season! The 2016-17 Ryman League season is set to kick off on Saturday 13 August.

Monday's Ryman North action review  There may have been little to play for between Aveley and Soham Town Rangers apart from pride and final placings in Monday's Ryman North clash but it was an entertaining affair in which the Millers triumphed 3-1, writes Pitchero's Steve Whitney.