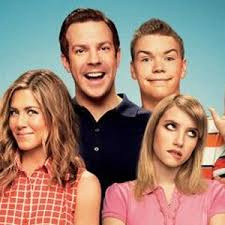 We gave you a short break- but now we're back with more Aveley news!

We haven't mentioned Aveley for a few days, as we thought we were spoiling you with far too much news from Parkside. Well here's what we missed!

The latest players to sign on once more for the Millers are midfielder Jack Chawner, striker George Sykes, winger Wyan Reid and defenders Jack Mochalski and Harry Gibbs. That means that Keith Rowland's squad for the forthcoming season has increased to seven hundred and sixty two (we may have miscounted slightly).

Wyan made forty two appearances last season, scoring seven goals, whilst Harry made forty one- scoring seven goals of his own, which is rather good given his primary job is to keep them out. Jack M played thirty two times and wore almost every number available (he probably would have tried the number one if he could have got the gloves to fit), whilst George managed seventeen goals from twenty eight appearances as the Millers progressed to the last eight of the FA Trophy and climbed to second place in the North Division.

Jack C joined the first team squad after playing for the Reserve and Under 23 sides at Parkside, and will hope to become a primary part of the first team for the forthcoming campaign.