FA award for our Respect campaign 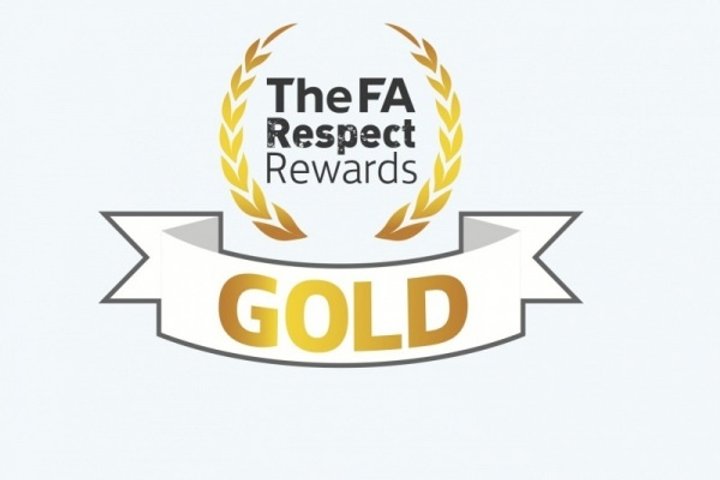 THE FA have honoured the Ryman League's Respect campaign with a Gold Award, judging that, among all the senior semi-professional leagues, we have done most to reduce dissent cautions and significantly improve technical area behaviour.

The league's Respect tables are published regularly; a notable feature is that Dulwich Hamlet, who could clinch automatic promotion from Ryman South this week, have a completely clean sheet, without a single dissent caution or negative mark for bench behaviour.

Dermot Collins, The FA’s Respect Manager, said: "The winners of these awards are an inspirational group of leagues, clubs and individuals. They have decided how they want the game to be played and then take on the responsibility of creating and maintaining Respect in the game. It’s a privilege to be able to reward them at The FA’s showpiece final and use their example to convince others along the same path".

The awards were introduced in 2010 to help promote Respect at all levels of the game and to recognise the army of volunteers who spend hours each week ensuring that participants have an enjoyable experience of playing the game.

Respect Leagues have also been able to benefit from a rewards scheme which offers help with affiliation fees and equipment. The regional winners have been offered the pick of some unique football prizes which include match hospitality at an England game, the appearance of the FA Cup at a league’s own cup final, a celebrity speaker for a league function or the chance to stage a game at The FA’s new national football centre – St George’s Park.

The winners will collect their awards at a ceremony prior to the 2012 FA Cup Final between Chelsea and Liverpool. The winners of the Fair Play awards in the Premier League and Football League will be announced following the conclusion of the league fixture programmes.

 FA Youth Cup draw THE draw for the first three rounds of the FA Youth Cup has been released: 37 Ryman Youth League clubs take part and their fixtures are shown below.