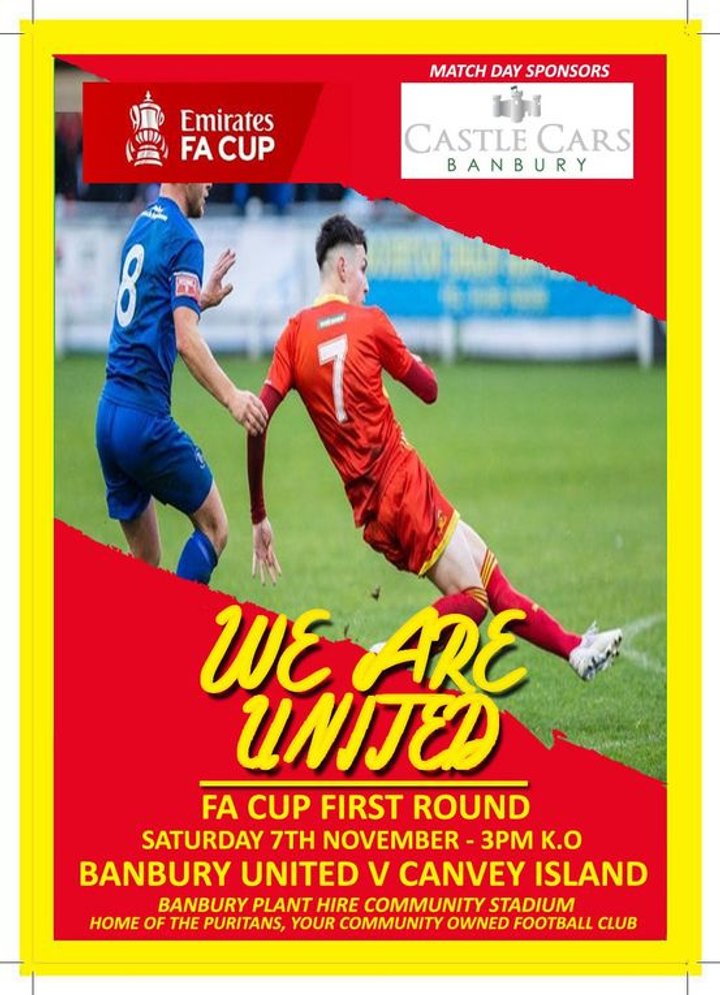 Can the Gulls get to Round Two for the first time in almost two decades?

It's fifteen years since Canvey Island last reached the First Round up the FA Cup, and on that occasion they entered the competition in the 4th Qualifying Round, so had to win only one match to get there. This season they've already had to play- and win- five times to get to this stage, and the last time they had to progress through that many rounds they got as far as Round Three. Perhaps that's a good omen!

The Gulls travel to Banbury United tomorrow with a 3PM Kick off- and you can watch it live on the BBC Sport website, or on the iPlayer. You can also buy a souvenir programme, pictured above, for four pounds (it is sixty four pages long!) by heading here. They are in good form, with only one defeat all season.

The hosts sit in eighteenth place in Pitching In Southern Premier Central, so a win for the visitors would be a giantkilling. They entered the competition a round later than Canvey, and have defeated Carlton Town, Leamington, Peterborough Sports and Canvey's Pitching In North Division rivals Bury Town to get this far. They've twice previously reached this stage, the last time in 1973, when their match against Northampton Town went to a replay- which was played in the middle of a Thursday afternoon with an early kick off due to a miners strike, and the banning of the use of floodlights.

The Gulls Road to Round One:

 FA Cup Preview: Brackley Town v Bishop's Stortford Can the Blues break their First Round hoodoo for the first time since 1982?