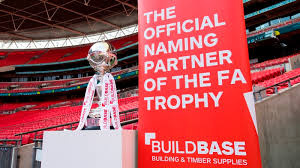 The draw for the Third Qualifying Round has been made. Here's the news you need.

The draw for the Third Qualifying Round of the FA Trophy was made earlier today, and involved all of our Pitching In Isthmian Premier Division clubs, as well as those clubs from North, South Central and South East who successfully navigated their way through the Second Qualifying Round at the weekend.

Matches are scheduled for Saturday 31st October, and the fixtures will look like this:

Once again, there will be no replays and no extra time. Drawn matches will proceed immediately to penalties.

Get with the e-programme: Saturday 17th October 2020  Our electronic offerings from the weekend