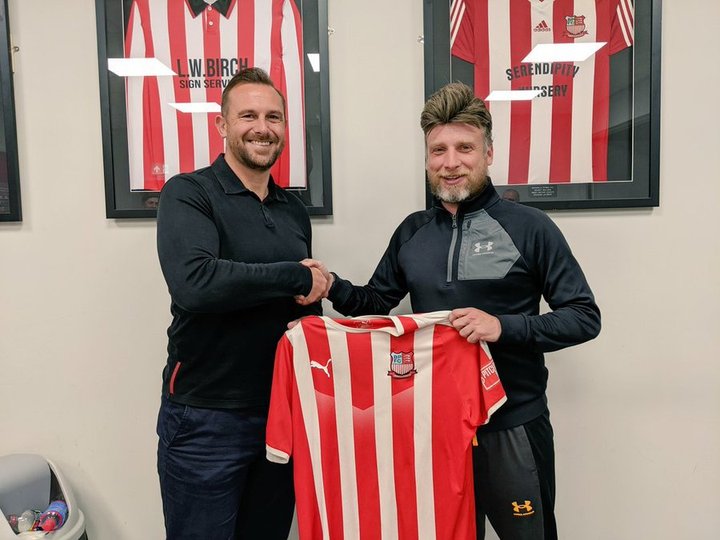 Last night Faversham Town announced that their boss James Collins had resigned due to a 'new challenge'- and it didn't take long to find out what that new challenge would be.

James explained to the Lilywhites faithful:

“It is with a heavy heart that I have decided to leave my role as first team manager at Faversham Town FC. I have tonight, with regret, handed in my resignation to the board so that the process of appointing a new manager can begin. The situation at the club is currently one of change and I have been offered an exciting opportunity elsewhere that, in these circumstances, I feel I cannot overlook.

“I want to place on record my thanks to those within the club and on the terraces who have supported me through thick and thin from the moment I arrived nearly three seasons ago. I hope everyone will feel that during my time here I have worked as hard as I could to move the club forward in difficult times. At times it has been tough, of course, but I leave with such great memories.

“I know that I will be back to watch, and will be following your progress from afar. Maybe one day I will be back driving the Lilywhites forward as they will always have a place in my heart. For now though, I will become their biggest fan."

This morning the- now former- Lilywhites boss was announced as the new manager at Bowers & Pitsea, where he has some very big yet rather Small shoes to fill, as he replaces Rob Small, the most successful manager in the club's history.

Bowers Director of Football Paul Hayes was delighted with the appointment:

"We are so pleased and excited to have James as our new manager, he comes with a wealth of experience as a manager with previously managing Cray Valley, Chatham Town ( where he won 2 cups) and most recently Faversham."

My First XI: Kelvin Waine  Corinthian-Casuals fan Kelvin is next up