A friendly round up- Tuesday 1st August 2020 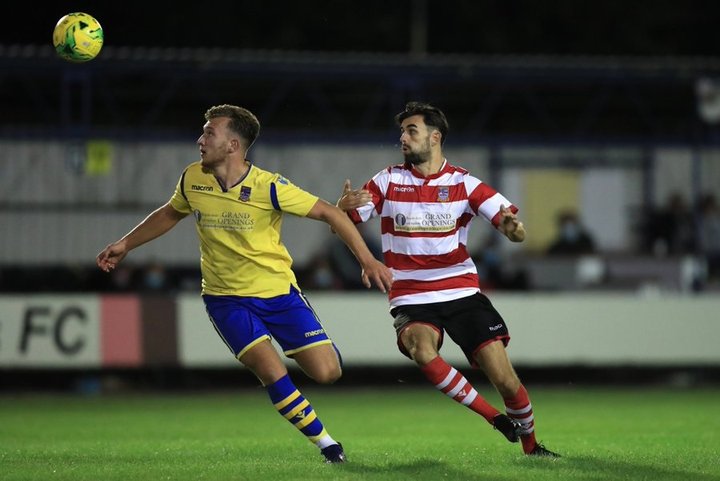 Whilst some of our clubs got back to competitive action, many were still warming up for the new season. Here's what happened.

We start our round up at Bowers and Pitsea, who fell to a three-nil defeat against a strong Welling United side.

Brightlingsea Regent entertained Maldon and Tiptree, and everyone else was entertained too, as the home side ran out three-two winners. James Crisell, Kane Gilbert and Khris Oti scored as Regent came back from two goals down. We don't know who scored for the Jammers.

Cray Wanderers travelled to Aveley, and both sides found the back of the net, but only once apiece. Leader scored for the visitors, James Goode for the Millers, and there is a report here.

East Thurrock United headed to Tilbury, and took the Robin Nash Memorial Trophy by the odd goal in five. Moses and Knight scored for the Dockers, whilst Cue (2) and Sanusi gave the Rocks the plaudits.

Folkestone Invicta travelled to Whitstable Town and left after a four-two win. Adem Ramadan, an own goal, Clark Woodcock and Johan Ter Horst scored for the visitors, Medley and Jadama struck for the Oysterboys.

Will Miles got the only goal of the game as Horsham won at South Park, whilst Kingstonian defeated Ramsgate one-nil with a goal from Will Thomas. The Rams played part of that match in the K's away kit after manager Matt Longhurst and the kit got stuck on the M25- image, above, from Simon Roe, and you can see the rest here.

Margate fell to a four-nil defeat at Faversham Town. Williams, two for De Santos and one from Brown made the difference.

Bobby Mills got the only goal of the game as Merstham defeated Tooting and Mitcham United one-nil.

Wingate and Finchley won two-one at Brentwood Town. No news on scorers.

Worthing heasded along the A27 to take on Chichester City, and the match ended two-two. Chalaye and Pearce scored for the Mackerel Men, Clack and Dunn put the hosts ahead twice.

Great Wakering Rovers took on Dagenham and Redbridge and lost three-one, whilst Soham Town Rangers won six-two at St Ives Town, with goals from Rogers (2), Andrews and Andrews, Walter and an own goal.

Chipstead defeated Epsom & Ewell six-one, with goals from Bell, Cripps, two from Collins, a penalty from Beadle, and an own goal.

Marlow fell to a two-one defeat at home to Winchester City, whilst Northwood lost six-nil against Wealdstone.

Staines Town defeated an Under 18 side from AFC Wimbledon by three goals to one. Efambe, Hill and Oyebola scored for the Swans.

Finally, into the South East Division, and the other clubs who haven't so far been mentioned. Cray Valley PM held Charlton Athletic's Under 23's to a two-all draw. We don't know who scored.

An FA Cup Round Up!  Competitive football was back! And we had a mixed bag of results. Here's a round up of the action.