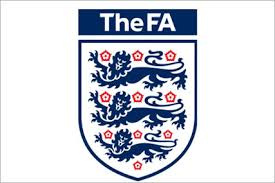 The FA last night released a new statement after receiving guidance from the government. It reads as follows:

'The Department for Digital, Culture, Media and Sport [DCMS] has this evening issued updated guidelines on the return to recreational team sport which permits the return of ‘non-elite’ football in England from Wednesday 2 December, and includes all fixtures and training for:-

Organised outdoor football activity is permitted at these levels across all three tiers from Wednesday 2 December but it is extremely important that clubs, players, coaches, match officials, league officials, volunteers, parents, carers, and facility providers continue to strictly follow both the UK Government's latest guidance on COVID-19 and respective bespoke guidance documents from The FA.

In all three tiers there are exceptions for indoor disability football, sport for educational purposes and supervised sport and physical activity for U18s, which can take place with larger groups mixing.

Training for teams in Tier 3 must have minimal contact.

Players and essential club staff at steps 3-6 of the NLS, tiers 3-6 of the Women’s Football Pyramid, the Barclays FA WSL Academy and Regional Talent Clubs can travel into and out of tier 3 areas.

Clubs at Steps 3-6 of the NLS and Tiers 3-6 of the WFP remain permitted to accommodate a phased and limited return of spectators in Tier 1 and 2 areas if they follow the UK Governments’ latest guidance on COVID-19 and The FA’s guidelines for the NLS or WFP. There are no spectators permitted in Tier 3, as set out in Government guidance.

Regional NLS Feeder Leagues, Tier 7 of the WFP and outdoor grassroots football also remain permitted to accommodate socially-distanced spectators but must follow the rule of six and Government guidance on restrictions in certain tiers.

Clubhouses can operate in Tier 1 but must do so by table service (ordered and consumed at the table) only and observing the rule of six. In Tier 2, Clubhouses must close unless they operate as if they were a restaurant. This means serving substantial meals, like a main lunchtime or evening meal. They may only serve alcohol as part of such a meal and all food and drink to be ordered and consumed at the table. Tables can only be same household and takeaway must be eaten or drunk off the club premises. Under UK Government guidelines, bars, pubs, cafes and restaurants in Tier 3 areas must be closed except to sell by takeaway or click-and-collect.

All clubs are required to have a designated COVID-19 officer; complete and publish bespoke risk assessments and action plans; and continue to support Test and Trace efforts.

The 2020-21 FA Youth Cup will continue to be played under the relevant ‘elite’ club protocol and the Buildbase FA Trophy and Buildbase FA Vase are set to resume in December, along with the Vitality Women’s FA Cup.

We implore everyone to strictly follow the UK Government’s national COVID-19 restrictions. Any incidents of non-compliance will be reported to the local County Football Association.

We would like to thank the football community once again for its hard work, resilience and understanding during such an incredibly challenging period for both the game and wider society.'