A representative match to celebrate the centenary of the Civil Service Football Club, this match was held at Ilford- see if you recognise any of the players

Our latest programme is only four pages long, has no photographs, and more advertisements than information- but despite that we think it’s worthy of a closer look because it is from a rather unique match. We’ve included all of it for you to peruse.

Civil Service FC are London’s oldest amateur club- and are still playing even today. Well, they aren’t playing today, as nobody is- but you know what we mean! They played in the very first FA Cup competition of 1871-72, alongside Marlow amongst others- and these days are members of the Southern Amateur League, playing at Dukes Meadow Chiswick, where they have been based since 1925. The sole survivor from the clubs who originally founded the Football Association, this match was to celebrate their centenary- yes, they were founded in 1863, the year that Abraham Lincoln announced the emancipation of slaves and the second year of the American Civil War; which was also the year that the first section of London Underground opened, and Yorkshire Cricket Club came into being. They were Isthmian League members from 1905 to 1929.

The match was played at Ilford’s ground at Newbury Park, and featured Isthmians on both sides. Notably, none of the Civil Service players who turned out actually played for them in the Amateur League at this point. 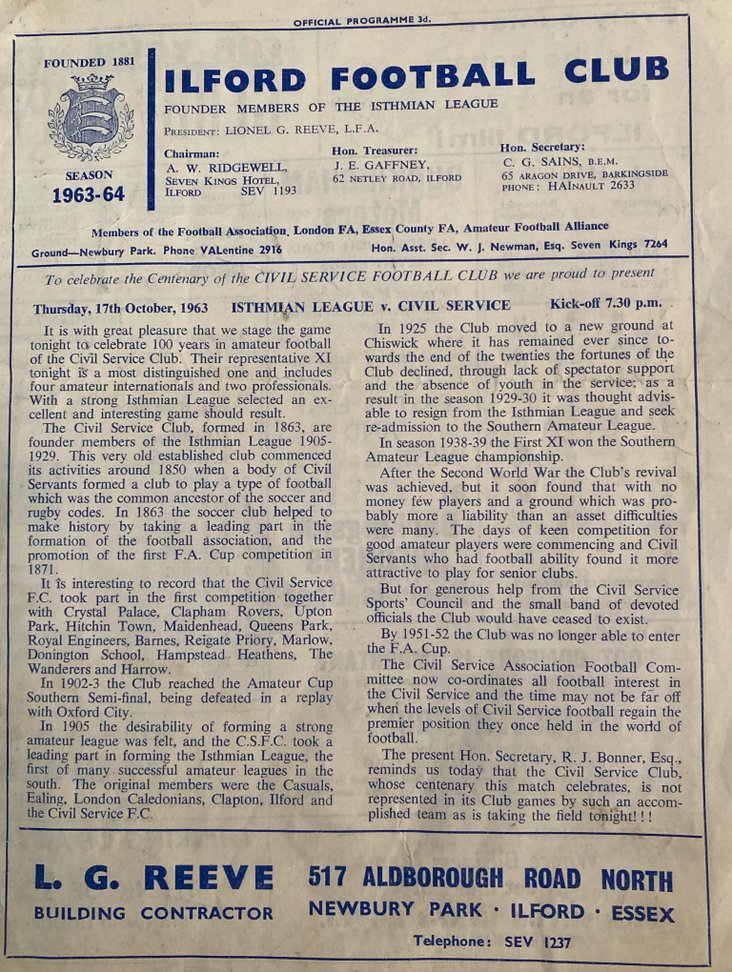 The Isthmian League side included Kenny Holder, one of Tooting and Mitcham United’s finest servants with five hundred appearances- and who sadly passed away in January. He was alongside Roy Law, still Wimbledon’s record appearance holder with six hundred and forty four appearances and who was also the captain of England Amateurs, Tony Knox, Jimmy Quail and David Hyde of Hendon. Hyde managed the incredible feat of fifty nine goals in fifty four appearances for the Greens, whilst Quail spent his entire career with the club.

Civil Service fielded Gerry Cakebread of Brentford, a professional who went on to play three hundred and forty eight times for the Bees, Neil Turner of Blackpool, John Robertson of Tooting- who played twenty five times for England, and Eddie Reynolds of Wimbledon- the only player ever to have scored four goals with his head in a Wembley Cup Final- when the Dons defeated Sutton United in the FA Amateur Cup Final held five months before this match.

The Isthmian League table for the day shows Wimbledon top, and they were to stay there- wining the title six points clear of Hendon, with Kingstonian two points further back.

The outcome of this match? Sadly we’ve no idea, as no record can be found- unless you know differently? 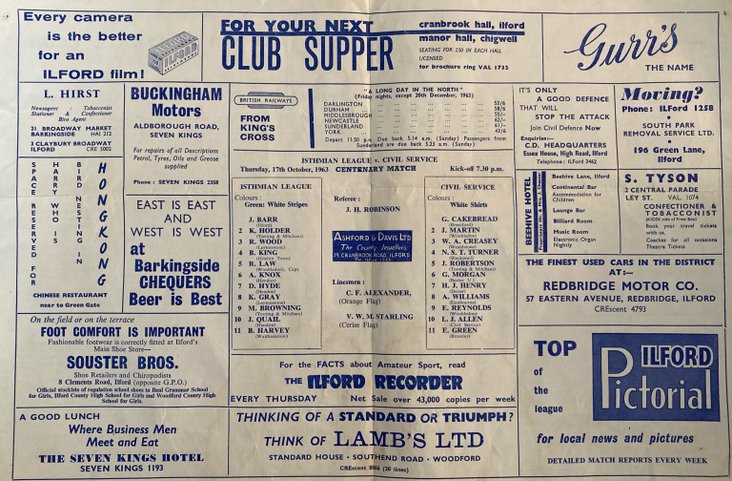 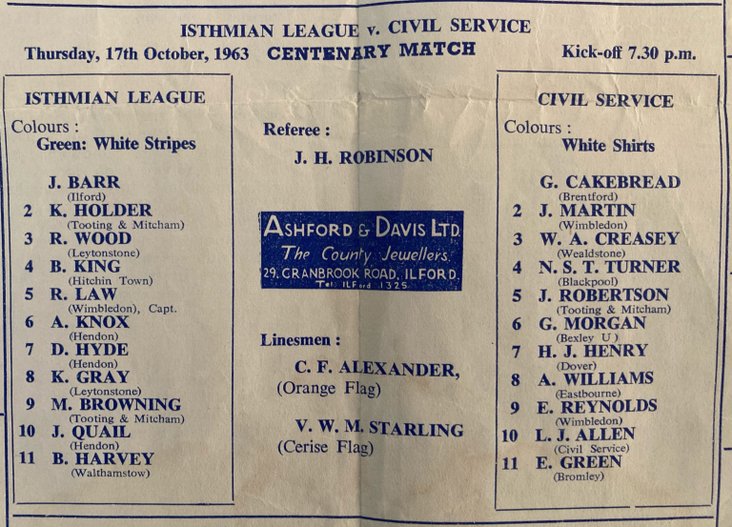 The teams in close-up 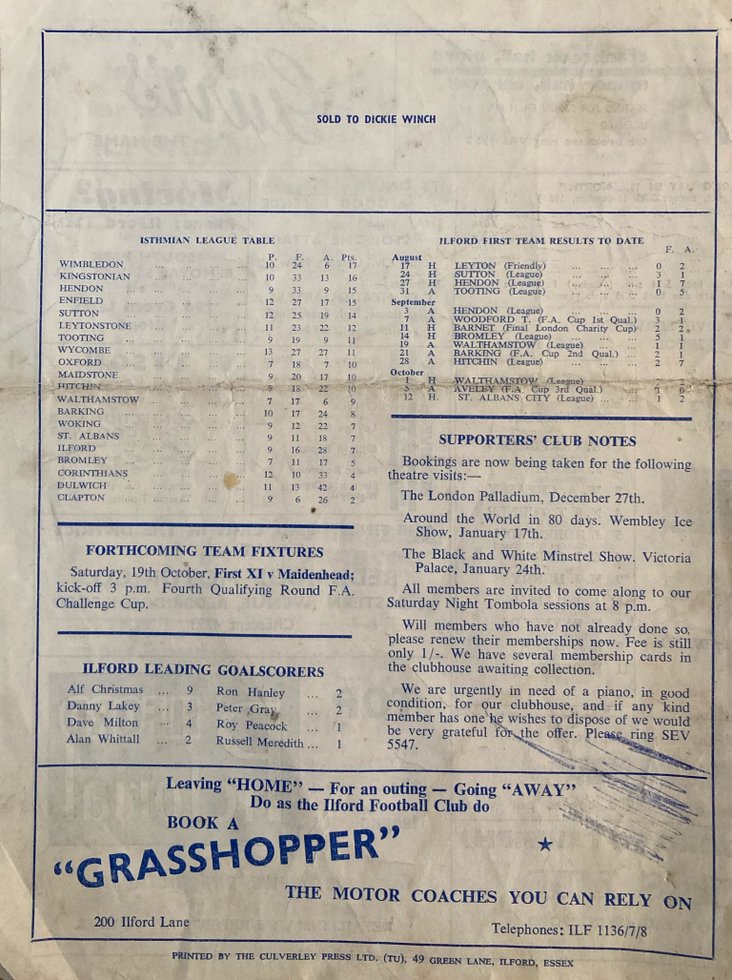 The back page, including the league table

 Two of our clubs could win 25K prize courtesy of Buildbase! But you've only got three weeks left to apply for a share of the Buildbase renovation cash!