Glory for Saints and Blues youngsters

Silverware for Chalfont St Peter and Wingate and Finchley

Two of our clubs had cause to celebrate at the weekend, as Chalfont St Peter's Under 23 side and Wingate & Finchley's Development side picked up silverware.

The Saints side won the East Berkshire Football League Development Division. It was the inaugural season for the division, and the young Chalfont side finished it unbeaten, having won six and drawn two of their eight matches. They are pictured above- congratulations to Eliot Frilli and his side.

Wingate and Finchley's development side picked up the Herts Senior County League's Premier Division Cup. Two-nil down at half time against Ware Sports, they bounced back after the break to win three-two with goals from Aden Brazil, Cheikoumar Watt Ndongo and Josip Jevdjic. They defeated Belstone, Hoddesdon Town and Cuffley on the way to the final. Many congratulations to the boys in blue, pictured here. 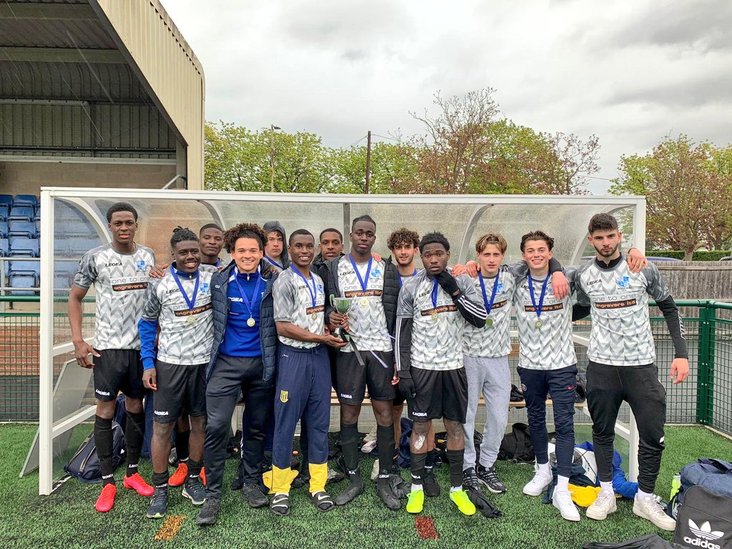 All images courtesy of the clubs.

A quartet of weekend results  There may have been more, but these are the four matches we've been made aware of!