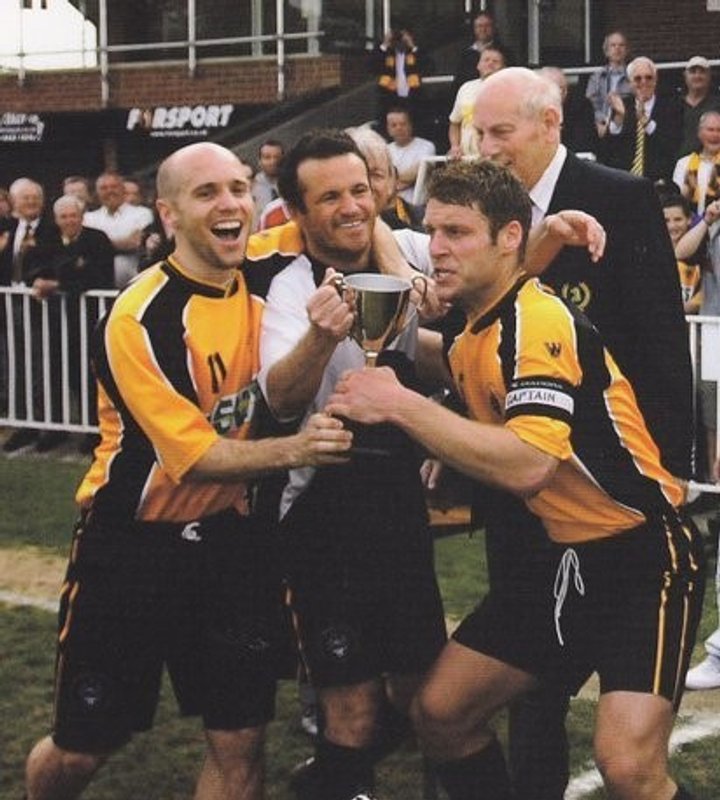 After more than sixty years supporting the Wands, Jerry gives us a side shaded in sepia- and then apologises for it!

I’ve been a Cray supporter since 1959. I co-authored the club history and my choice of all-time best eleven is definitely letting my heart rule my head. In other words I have wallowed in nostalgia, including players from the 1950s like Ken Collishaw the all-time record goalscorer and John Dorey from the 1960s long serving skipper and centre half.

If I'm honest the REAL all-time best eleven is our current team featuring ace goalscorer Joe Taylor and mobile midfielder Bradley Pritchard. So I hope that our present-day team will please forgive me!

Micky Simmons- the goalkeeper retired at the age of 39, and in his final season kept twenty two clean sheets as the club won the Kent Go Travel Premier League and the Cup in 2003.

John Dorey- the record appearance holder, with four hundred and sixty four appearances between 1961 and 1972.

Mark Willy- twice won player of the year, and captained the 2008-09 promotion side

Colin Luckett- also played for Millwall, Fisher Athletic, Stevenage Borough, Kingstonian (where he collected back-to-back FA Trophy winners medals at the old Wembley Stadium) and Bromley. Scored the first goal of the 2010’s, retired at the end of that season. Player of the Year 2006-07.

Jamie Kempster- played two hundred and thirty nine games for Wands, and weighed in with sixty four goals. In the headline image- courtesy of the club- with Mark Willy and Jamie Wood.

Eddie Jones- made his name with Millwall, went on to play for Wands for two successful seasons 1979-81, during which they won the Kent League.

Alan Whitehead- twice won Player of the Year during his time with the club, and spent almost two years as manager in the mid nineties.

Ken Collishaw- scored two hundred and seventy four goals for the club during a career that spanned two decades. Jerry even wrote a book about him in 2006!

Johnny Stevens- born St Paul's Cray had two spells with the Wands 1957 to 1963, also played for Bromley and had an England amateur international trial, then turned pro and spent ten years at Dartford. He played for their Southern League Premier Division championship side in 1974.