No more Taydal for Regent 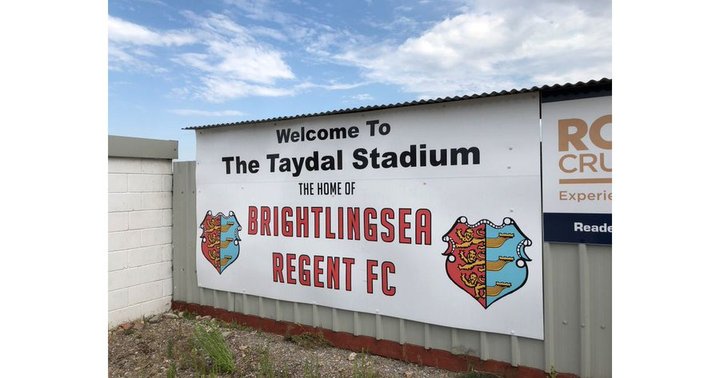 Brightlingsea Regent's North Road ground has gone by the name of the Taydal Stadium for quite a few seasons now, but the club are on the lookout for a new name and a new sponsor, as their partnership with the road surfacing company has come to an end.

Chairman Terry Doherty believes that potential sponsors would be getting a large amount of exposure, explaining:

"This does now present a great opportunity for a new business to come on board and promote their brand in a high profile way around Essex, plus all of the South East as far away as Worthing and that is just in our league structure.

As well as the press and radio coverage we receive we have a very large social media following where the name of the stadium is always in the forefront especially on match days and when news items are released by the club.

The next higher placed Non -League clubs in our area (sitting only one division above the Regent) are Braintree Town and Chelmsford City in the National league South. This is something we are very proud of and with your help we hope to continue to fly the flag for North Essex.

This means that there is now a fantastic opportunity for a business to have it’s name and branding attached to our stadium.

Whenever there is coverage of the club in local or national press, football papers, social media and on TV or radio your business name will be to the forefront.

The Isthmian League covers much of London and the South East, your brand will have exposure all over these regions. The excitement of an FA Cup run would see your business mentioned time and again as our stadium partner."

If you would like to discuss this exciting opportunity further please contact the R’s commercial team on brfccommercial@gmail.com

A Hawks signing update  Since we last reported on the goings-on at Whitehawk they've announced a new signing- and a collection of returning players. Here's the who's-who.