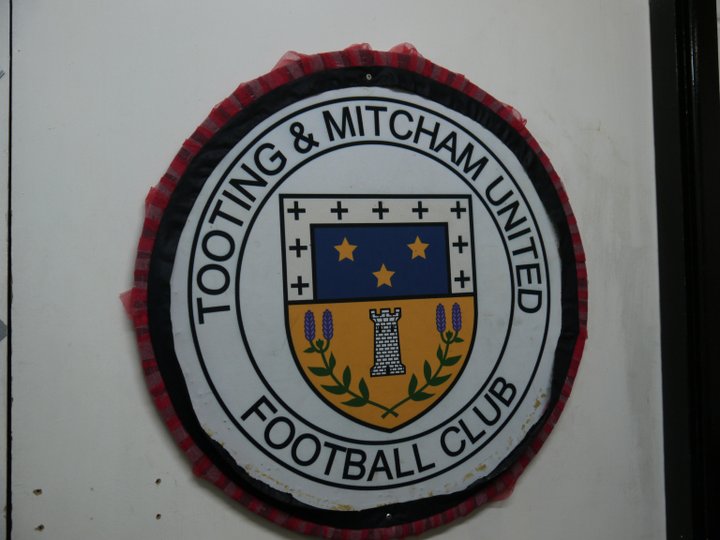 We’re off to South London, for the first of what will be two visits to Tooting and Mitcham United. Ed Parlett gives us a pre-match report.

We’re off to South London, for the first of what will be two visits to Tooting and Mitcham United. Ed Parlett gives us a pre-match report.

We asked supporters of our Pitching In Isthmian League clubs to preview the new season, reflect on the old and predict the final outcome. Their predicted 1-20 (or 22) will be worked into a final table which you will see just before the big kick off. We’re off to Imperial Fields, where Ed takes a break from writing reports to deliver his verdict. 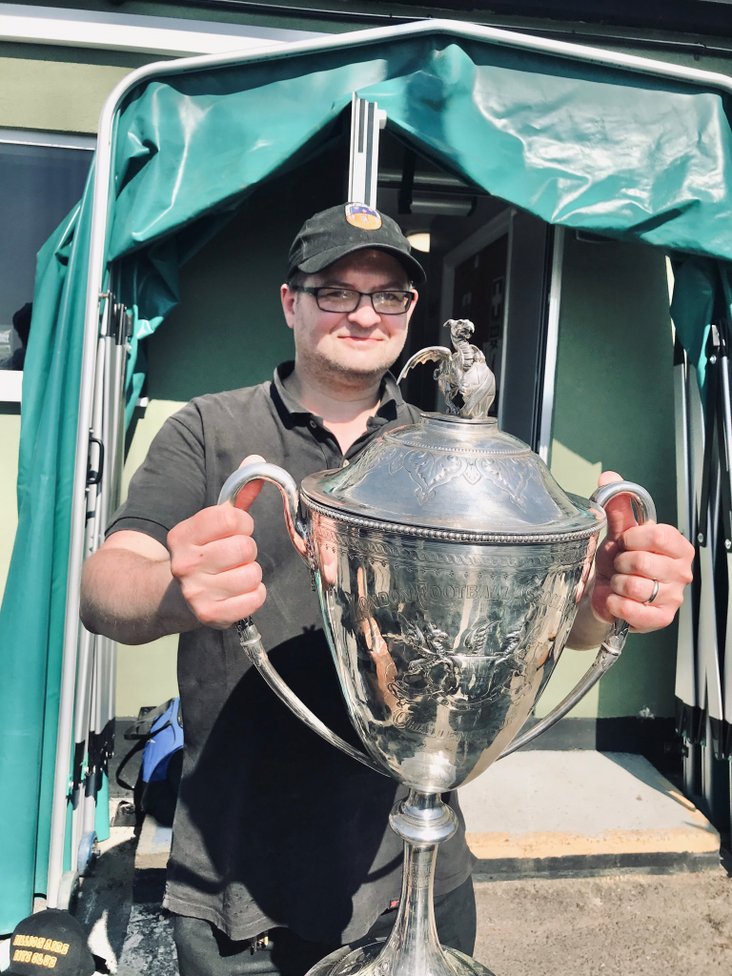 Ed Partlett with a Tooting trophy

Yes. We won a trophy! On the resumption of competitive football in April, the London FA thankfully made the decision to play the Senior Cup to a conclusion and following victories over Sporting Bengal United (behind closed doors), Erith Town (in front of a crowd), Hanwell Town (at the unlikely venue of Haringey Borough, after a nine goal thriller) and AFC Wimbledon's Youth team in the final at Hendon, the cup returned to Imperial Fields - our eighth triumph in total. It was a welcome consolation for another disrupted season.

I've been expecting big things from Jamarie Brissett for a while. But for the pandemic, I'm sure he'd have been playing at a higher level by now. Ahkeem Belford in the heart of our defence has come on in leaps and bounds over the last couple of seasons and is worth keeping an eye on. Striker Dontai Stewart has the strength, pace and eye for goal to ply his trade higher up the pyramid too.

With all due respect to the rest of the division, it feels as if we've been punching below our weight for a while now. We have the support, ground and infrastructure to move up a level at least; it would be a major disappointment if we failed to make the play-offs - that has to be our minimum aim.

Most of us are pleased that Guernsey have been moved into the South Central division for the coming season - it's certainly an away fixture a bit more exotic than most; we're just hoping now that when the fixture list comes out it isn't scheduled for a midweek evening...! Sutton Common Rovers are also a new addition this season, and are just down the road sharing with Football League newcomers United, so that's a pair of fixtures to look forward to also.

I rather liked Ware's Wodson Park - despite the monsoon that accompanied our last trip there - but they've moved across to the Southern League so we won't be visiting this season (unless we draw them in a cup), which is a shame. Whyteleafe's Church Road is a delight - it feels like you're in the middle of a Bavarian forest watching a match there, making it doubly upsetting what has happened to them in the close season as that would have been a welcome resumption of fixtures. Of those that remain, I would plump for Chertsey Town's Alwyns Road ground - a cosy little arena with a good atmosphere (particularly under lights) and friendly fans too.

Dulwich Hamlet would be the obvious selection here, despite their location (nine and a half miles away) and the fact they're currently playing two levels above; the rivalry goes back to when we were the two dominant amateur clubs in south London. Location-wise, Carshalton Athletic (2 miles away, one level above) are more realistic adversaries and we have a chance to establish a rivalry with neighbours Sutton Common Rovers now they've joined us in the South Central (and United have disappeared over the horizon).

Buy a programme (best read in the league), and have a bite to eat at the Shak - arguably the finest catering you'll find at our level. And don't be afraid to engage the locals in conversation, we're a friendly bunch down here.

Difficult to narrow down, but I'll go for Allan McLeod. Growing up, I alternated between the homely atmosphere of our old Sandy Lane ground, and the slightly larger (and more crowded) terraces at Highbury (before the overblown hype and greed of the 'premier' league soured me to professional football), so it's always nice when the two worlds intertwine. Allan didn't make the grade at Arsenal, but he gave stellar service to Tooting & Mitcham for four seasons in the early 21st century.
9. Who will be in the top five at the end of the season?

The new teams in the division will be something of an unknown quantity, and at least one of them could be in the mix, but I'll plump for Bracknell Town, Marlow, Westfield, Hanwell Town and ourselves - I'm just not sure what the order will be!

 It's matchday! A number of our sides will be in action today. Get out and watch one- or even two