Will Vickers long reign at the top come to an end? 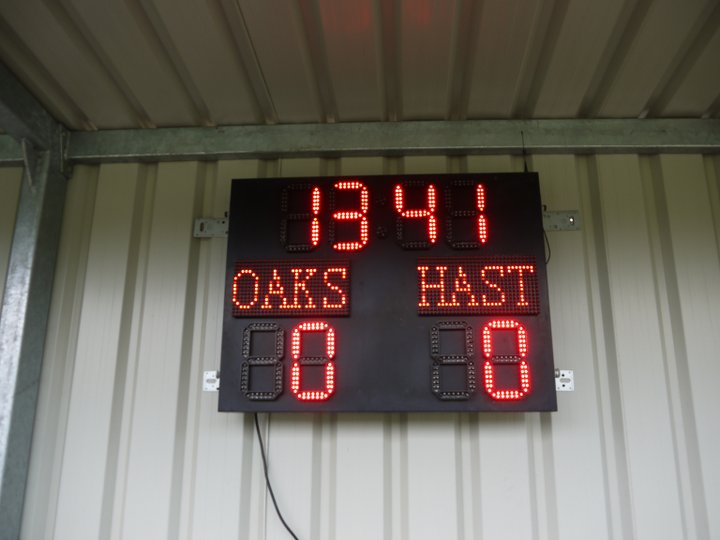 VCD Athletic seem to have been on top of the pile for an age, but without a game on Saturday they’ll have to watch on as four others vie to replace them. It’s our Pitching In South East preview.

Hastings United have been ominously climbing the table, and have their chance to go top if they win at Sevenoaks Town- but Oaks also have an outside chance of topping the pile with victory. Hastings have won their last four matches, scoring thirteen goals in the process; whilst Oaks have gone three matches without a win and will be hoping to get back to winning ways- but couldn’t have a tougher opponent to play against.

Hythe Town, two points of the top in third place, travel to face Haywards Heath Town. The Cannons have lost only one league match this season and have won each of their last three in all competitions, scoring nine goals, whilst Heath prop up the rest without a win and with only one point, so will be desperate to kick start their campaign with victory.

East Grinstead Town, in third, host Whitstable Town, in sixth. Both sides have the same number of points but that statistic looks a little hollow when it is revealed that the Wasps have played only half the matches of their visitors; three games, three victories, eleven goals scored, the only one hundred percent in the South East Division and one of only two in the league. The sails fell off the Whitstable boat when they lost six-nil to Hythe two matches ago, but they came rather closer to success when losing one-nil to Ashford Town in the Trophy last weekend.

Seventh place Faversham Town put their unbeaten record on the line as they travel to face an improving Whitehawk. The Lilywhites have three wins and two draws from their last five matches, and have conceded only three goals during that period; whilst the Hawks, in fourteenth, are starting to show flashes of last season’s form with two wins in their last two.

Whyteleafe travel to Sittingbourne. The Brickies have defeated East Grinsted Town in the Trophy and drawn with Ashford United in recent weeks, and look to be finding good form, whilst Leafe started the season with seven unbeaten matches before winning only a penalty shootout in the last three, so will want to get things back on track as they’ve slipped to eighth.

Herne Bay haven’t started the season quite as strongly as we expected, but defeated our leaders VCD Athletic last time out- and when they’ve been good, they’ve been very good indeed. Chichester City, in contrast, will have to get over their disappointment after letting a two goal lead at Brentwood Town slip away in the FA Trophy last weekend, and with only one win from four in the league will want to add some points.

A point separates Burgess Hill Town and Ramsgate. The Hillians were impressive in defeating Ware in the Trophy last weekend, whilst the Rams got a bye due to Covid issues at Canvey, but need a positive result after losing the last three fixtures they actually got to play in. Hill are still unbeaten at home.

Finally, Three Bridges entertain Phoenix Sports. Bridges ended their match at Hastings in midweek with three goals conceded and nine men on the field, but had won both preceding matches; whilst Sports have lost their last three matches by two goals to nil so will hope not to do that again. This will be their third trip to Sussex in three weeks, and they will want it to be third time lucky.

 From Fowl to Fish! Koroma the Robin is now a Mackerel Man

Can the Abbotts extend their lead- or will one of the chasing pack displace them at the top  Waltham Abbey have a three point South Central advantage- but three clubs have a chance of overtaking them if they slip up. It’s our preview.