Fin must be buzzing! 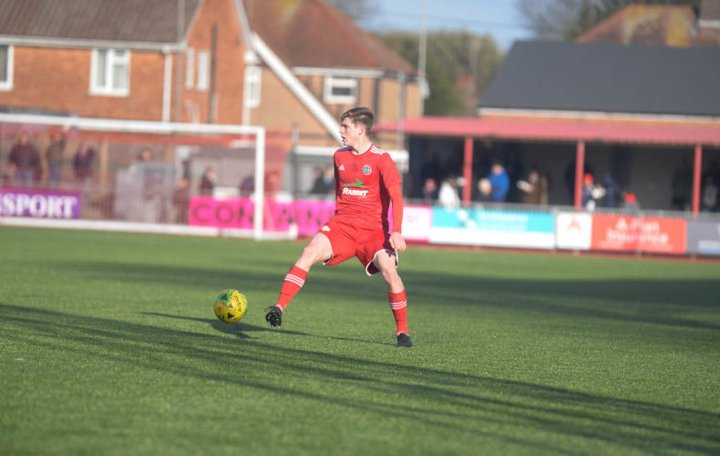 Last week we wrote about how three former Tooting & Mitcham United youngsters were making waves in the professional game- two of them for Middlesbrough. What we didn't notice was that facing Boro in that match at Brentford was another former Isthmian prodigy, Worthing midfielder Fin Stevens- who was making his professional debut for the Bees.

Worthing Matchday secretary Gareth got in touch to point out this omission:

"Fin Stevens made his full debut and played the whole 90 mins for Brentford against Middlesbrough in the FA Cup on Saturday. He only signed for us the summer before last.

He came off the bench at Merstham on 1st October 2019 (aged 16) and was heavily involved in two of our goals in a 3-1 win. He first started against Walton Casuals in the FA Trophy on 26th October, and at the same time as he earned his maiden call-up to the Sussex U18 team. Some say he scored in a 2-1 victory at Carshalton Athletic on 1st Feb. 2020, others say it was an own goal as his shot took a heavy deflection."

Fin has made a wonderful impression for the Bees since joining the club last July, and we're sure he'll go on to even more success. He made twenty appearances for the Mackerel Men, and yes, that goal against Carshalton was credited to him! We're delighted by your success, Finn, and we're sure to enjoy watching your progress in the future.

 BBC Sport- 'Clubs & officials below National League expect second season to be voided' BBC Sport have produced a report on the ongoing situation- and it includes our Pitching In Isthmian Chairman, Nick Robinson