For your entertainment and delight… 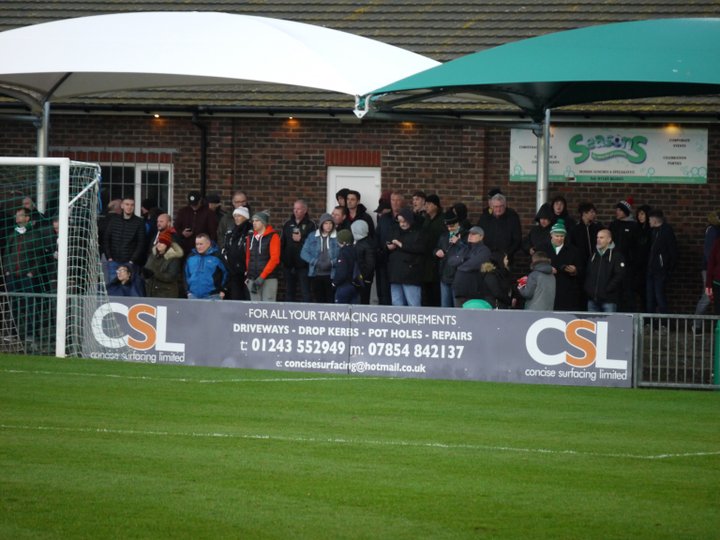 …we have some marvellous Tuesday night action lined up. Here’s our guide to what’s on.

We’ve matches in the Premier Division, South East Division and Velocity Trophy tonight- and many of them look rather enticing.

We’ll start in the Premier, where just a point for Folkestone Invicta at home to Kingstonian will see them take Horsham’s place at the top of the table. This is a game in hand for Invicta, who are level on points with the Hornets, so a win will put some daylight between them and their closest challengers. The home side have lost only once at home this season, and only one of their last eight league fixtures has ended in a reverse; but their opponents have been in tremendous form too, and had gone seven games unbeaten in all competitions until Saturday’s FA Cup Second Round defeat to National League side AFC Fylde.

Fifth placed Enfield Town could climb into third place with victory at Bognor Regis Town- but victories against the Rocks have been very hard to come by of late. Bognor have lost only two of their last ten league matches and are our form side over ten games, whilst the Towners have lost only one and are second in that particular form table only because they’ve drawn three matches- 22 points from thirty v twenty one!

A win for the Rocks could take them as high as seventh, but that would depend on how Carshalton Athletic do as they travel to Wingate and Finchley. The Summers Lane crowd will have been heartened by recent performances, but the Blues have picked up only six points from the last thirty and badly need a victory. The Robins, in contrast, have only one defeat during the same period and were imperious in thrashing Cray Wanderers four-nil at the weekend. The visitors could tecnhicallty enter the top five with victory tonight, but whatever happens elsewhere they’ll need another big win to do it.

Eighth placed East Thurrock United, those other Rocks, also have lofty aspirations. They travel to face a Bishop’s Stortford side who only have one win from their last seven and drew at Merstham last time out, whilst United have won four of their last five. The Blues have lost five of their eight home games, whilst the Rocks have won only two of six away from Rookery Hill.

Our final Premier Division match sees Potters Bar Town host Brightlingsea Regent. The Scholars great early-season form has proved more difficult to come by in recent weeks, with only one win from their last five; but Regent would give their eye-teeth for that kind of success as they haven’t won a league match since August 31st and have only two points from their last thirty. A victory for Regent could take them out of the bottom three, whereas a win for the Scholars would have to be a hammering if they are to climb above Haringey Borough into eleventh.

Last Tuesday night Hastings United were in Velocity Trophy action and scored twelve goals. They are unlikely to score that many at Whitstable Town tonight, but they go into the fixture knowing that a win of any sort will take them to the top of the table. After three matches without a victory the Oysterboys got back to winning ways at Faversham Town on Saturday, and given they’ve drawn four of their seven matches at the Belmont may well be rather difficult for United to break down. Whitstable announced a new signing today- see our news section for details.

Guernsey drew with Hastings at the weekend, and afterwards United manager Chris Agutter described them as the best side his team had faced all season. The Green Lions will need to be at their best tonight as they travel to Ashford United, the Nuts and Bolts starting the day in fourth place and seemingly getting back to their best, winning their last two matches and scoring four goals each time after a draw and a defeat in the previous two. If Hastings fail to win, then a win for Ashford will send them to the top of the table.

Seventh placed Whyteleafe could climb into the top five if they can dispose of Sittingbourne at Church Road- although it might be beyond them as they’d need to win by at least three and this season’s Brickies are no pushovers. The Brickies lost at the weekend, but that followed a run of four matches unbeaten; whilst Leafe have only one loss from their last seven and defeated Three Bridges on Saturday.

The Rams have gone five league matches without a win, but have remained unbeaten throughout their Velocity Trophy campaign. The Tanners are just entering the competition, and will be looking to get back to winning ways as their excellent run came to and end with two consecutive three-nil defeats.

Tilbury host Canvey Island in Group Six. The Dockers saw their league match at Romford (well, Brentwood) postponed at the weekend, whilst the Gulls probably wish theirs had been as they fell three-nil at home to Histon. In the League, Tilbury have only two defeats from their last ten, whilst Canvey have five from the same period and are still struggling for consistency.