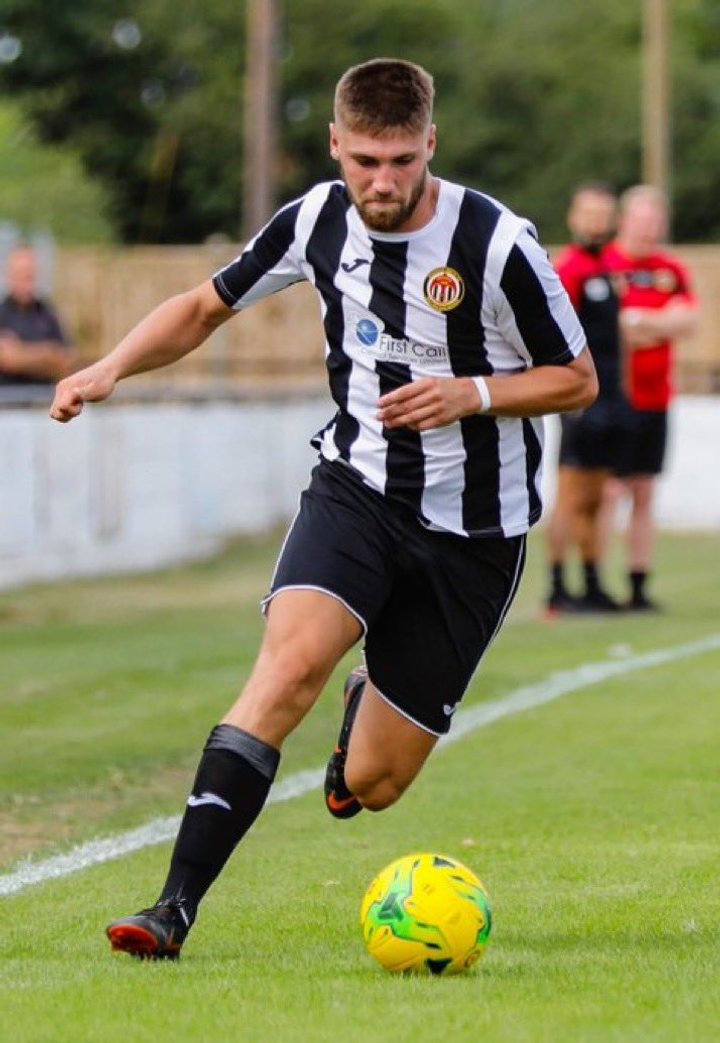 Following yesterday's announcements regarding the arrivals of goalkeeper Callum Chafer and defender Joe Claridge, Heybridge Swifts immediately added four more, in an attempt to wear out the Isthmian laptop.

Forward Dan- pictured above- moves back to the club from Hullbridge Sports, for whom he played ten matches and scored three goals. He moved to Sports in late January 2020 after leaving Great Wakering Rovers. He started his career as a Youth and Under 23 player at Southend United, a period during which he spent time on loan at Aveley, then joined Swifts in September 2018, and was an important part of the side which reached- and won- the 2018-19 North Division Playoff Final, making thirty two appearances and scoring seven goals, including a superb opener against Aveley in the Playoff Semi-Final.

Jack Adlington returns for a fourth season- although to be fair he only managed to finish one of the first three due to covid. He was also part of that Playoff winning side, and made eleven appearances- scoring once- before last season came to a very early end. He previously played for Great Wakering Rovers, Brentwood Town, Southend Manor and Basildon United.

The other Jack, Humphrey, made eleven appearances in the number six shirt last season, as his side climbed into the top five. He started life at Leyton Orient, and moved on to play for Histon, Maldon and Tiptree, Tring Athletic, Welwyn Garden City and Potters Bar Town.

Manny scored one goal in his eleven matches last season, and is another who was part of that Playoff winning squad. He previously played for Felixstowe & Walton United, Mildenhall Town, Cheshunt, Hertford Town, VCD Athletic, amongst others.

 Double Dockers After yesterday's Billy Crook announcement, Tilbury revealed two other players who had signed on for 2021-22

Look out, Wasps!  Glenn and Arsen sign on at East Grinstead Town