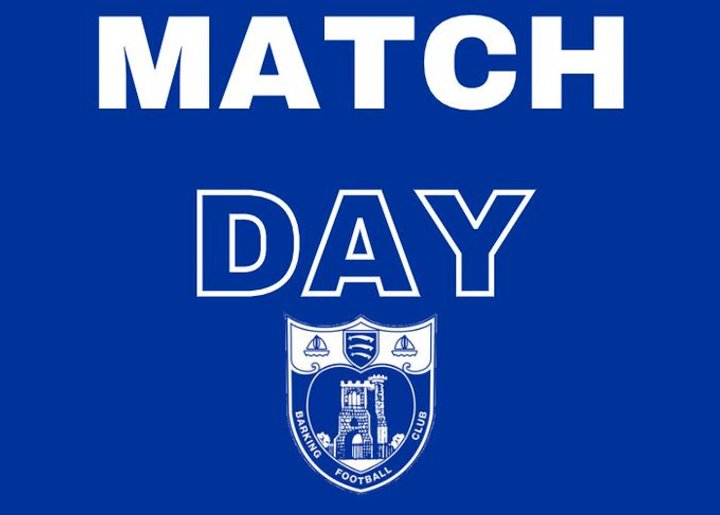 The Blues and the Millers are both desperate for points- although for different reasons. Watch tonight.

Our Friday night football comes from Mayesbrook Park tonight, as Barking host Aveley in the Pitching In Isthmian North Division.

The Blues have slipped to eighteenth place, and whilst they have games in hand over the sides above and below them they have a real need to pick up some points. Last Saturday they were two-nil up over leaders Canvey Island with just seven minutes to go, yet somehow managed to lose three-two- however they have been in very good form over the past few weeks, winning three of their last four matches. Sadly for the Blues two of those four have been in the Essex County Cup, but if they can take that form into their league matches then safety shouldn't be far away. One of those County Cup matches was against tonight's opponents, and the Blues won that three-one. They then moved on to face that other side from Parkside, Grays Athletic, and scored five against them on Tuesday night. Charlie MacDonald's men shouldn't be short on confidence.

The visiting Millers have a different incentive. Victory will send them back to the top of the table- and it's so tight between the top three that none of them can really afford to drop points at present. Leaders Canvey have fifty one points, with Aveley and Stowmarket Town both two points behind. The Millers are eight matches unbeaten- and have won seven of them, with only Tilbury escaping with a point.

This will be the fifth meeting between the sides this season, and the Blues have won two of them- the first being a penalty victory in the FA Cup which followed an initial draw. In their league meeting the Millers walloped their opponents by four goals to nil.

You can already read the programme, which is available here.

 'Pay What You Want' at Uxbridge today Uxbridge host Northwood- and you can decide how much it costs!