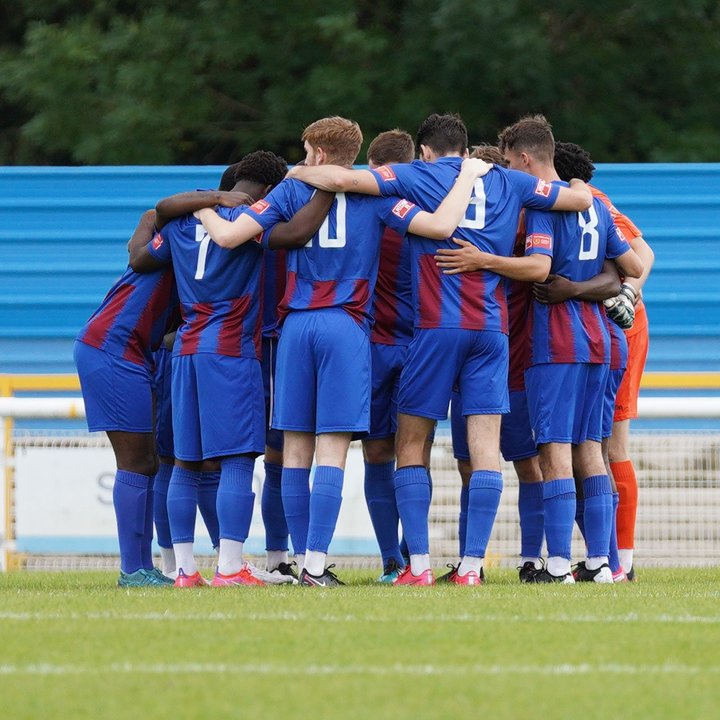 Maldon and Tiptree have just announced the signing of Philip Brown-Bampoe from Barking- and may give him a debut in tonight's match at Aveley. We thought we'd sandwich a preview of that into this transfer announcement!

Midfielder Philip has only been with the Blues for about a month, making four appearances- the last of which came in defeat at Heybridge Swifts earlier this month. Prior to joining Barking he was a Rock and then a Rock, making seven appearances for East Thurrock United last season before signing for the other Rocks, Bognor Regis Town, this.

He moved to East Thurrock from Romford last season, and previously played for Redbridge and Greenwich Borough.

Tonight sees the Jammers travel to Parkside, to take on Aveley.

Both amongst the promotion favourites, neither have managed to set the world alight quite yet- but as we head towards firework season tonight might be the night the blue-touch paper gets firmly lit! The hosting Millers were excellent a month ago against Barking- Brown-Bampoe was an unused sub- but have been less positive since then, losing three of their next four in all competitions; whilst the visitors seemed to have turned the corner with wins over Brentwood Town and Barking but followed that with Trophy defeat against Felixstowe and Walton United and league defeat to Bury Town.

Aveley won the last meeting of the two sides, in the FA Cup in August- but had previously won only one of their last seven meetings.

We’ve got second v fourth and third v sixth. Can the table-topping Towners take advantage to extend their lead?  It’s our preview of an exciting Pitching In Isthmian Premier Saturday