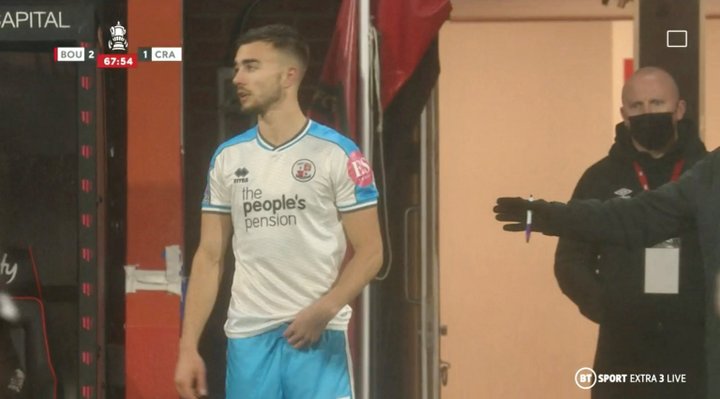 Yesterday we brought you the news that Hastings United forward Davide Rodari had made the move to League Two side Crawley Town, and last night- twenty four hours after signing- he made his debut for the Red Devils in the world's best cup competition, coming on as a second half substitute at AFC Bournemouth.

Unfortunately Crawley weren't able to repeat their heroics of the previous round, when they defeated Leeds United, but they did run the Cherries close. The quality of the opposition- who of course were in the Premier League last year- is perhaps made clear when you consider that their goalscorers were England international Jack Wilshere and Norwegian international striker Joshua King, who is currently being linked with Manchester United and Everton. Bournemouth ran out two-one winners, and Davide got to play for the last twenty one minutes and didn't look at all overawed by his illustrious company.

Congratulations Davide. We're sure you'll go on to join an ever-increasing group of Isthmian alumni who are proving themselves on a bigger stage.

You can watch the highlights of the match here.

By the way, Davide's last match for United was at Aveley on December 8th.