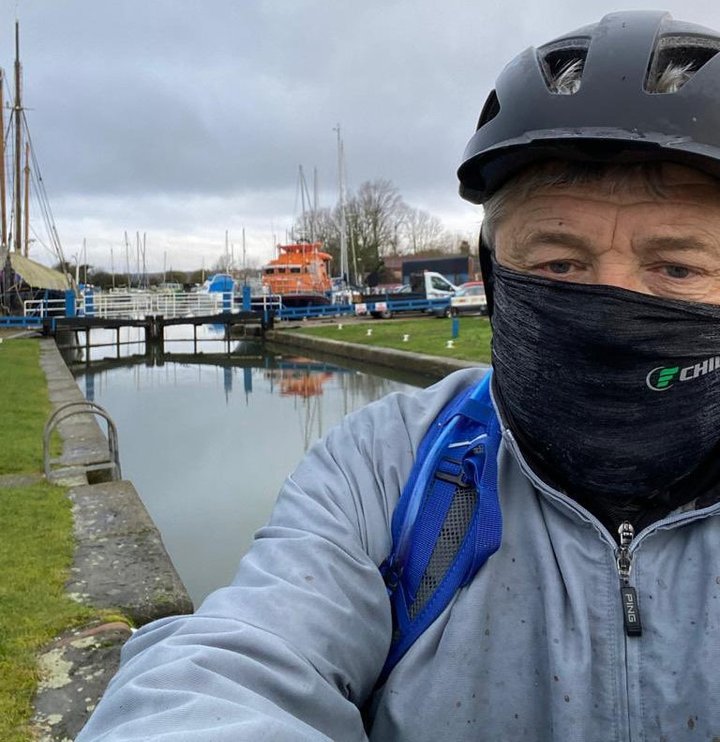 Gary Perkins gave himself the target of cycling three hundred miles during January, and giving up alcohol- and so far has raised more than three and a half thousand pounds for the local hospice and for the Alzheimers Society.

Gary, who manages the bar at our Pitching In North Division favourites Heybridge Swifts, has had a number of challenges to overcome- not least the loss of his father halfway through the month. But he continued despite the adversity, completing the challenge in memory of his dad, and as well as gaining many pounds for good causes he also managed to lose eleven of his own- in weight, he didn't have a hole in his pocket!

It's not too late for you to give. A Just Giving Page particularly for Farleigh Hospice, which has to raise sixty percent of its own funding to keep going- can be found here.

Congratulation to Gary on his considerable efforts, and our love and sympathies go to him and his family on their sad loss.

Free Urchins!  Hornchurch take on Maidstone United in the FA Trophy tomorrow- and you can watch for free!