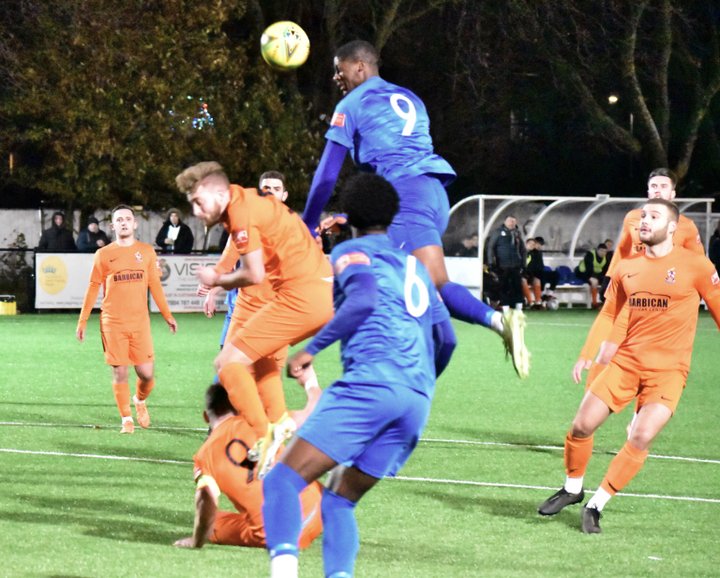 Our five electronic programmes from last night, for a little Wednesday afternoon delight

Given the state of the weather last night it's probably just as well that three of the matches that got the go-ahead had an electronic programme, which couldn't get wet or blow away- but we've also got a programme from one that didn't even start!

We're starting with the one that got away, as Potters Bar Town were due to host Kingstonian in the Pitching In Isthmian Premier before Barra blew it out. The programme from that one is here.

A game which did get the green light was at Haringey Borough, who hosted Worthing and played out a two-two draw. Here's the programme from that one.

Into the Pitching In Isthmian North Division, and Barking went three down to Brentwood Town before storming back to draw- the second time they've come back from three down against these opponents in four years. The programme is here.

Another draw came at Great Wakering Rovers, where it was once again a story of a home comeback as Rovers came from two down to draw with Bury Town. Programmes- all of them from the season, not just this one- are here.

Finally, two North Division clubs played in the Velocity Trophy, and it was a rather big match as it was a very local derby. Maldon & Tiptree got the only goal of it, Heybridge Swifts departed the competition, and the programme can be found here.

Barra blows us out!  We should have had lots of matches last night. As it turned out, we had significantly fewer- but they turned up some cracking football! Here’s our round up from Premier, North and Velocity Trophy